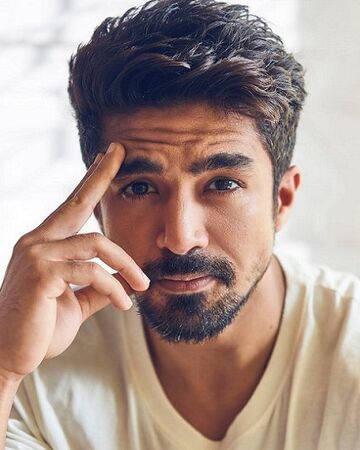 Saqib Saleem Qureshi, popularly known as Saqib Saleem is an Indian actor and works in the Hindi cinema where he gave many superb performances. He is not only famous for his acting skills, yet modeling skills as well. In fact, he started his career with modeling and worked for numerous reputed modeling agencies and brands. Later, he started working in the Hindi film industry as an actor and appeared in many films. Prior to acting, he also featured in many advertisements. Also, appeared in television commercials as well. After struggling, he then got the chance to work with Yashraj Films as an actor. Well, there are many things left to know about him because it was the turning point for him in his career and his fans want to know more about his career venture and personal life. so, let us dig out some lesser facts!

The Indian actor, Saqib Saleem is blessed with multiple skills that helped establish himself as a notable actor and model. Yes…He is a man who is blessed with good looks, a charming personality, and amazing acting and modeling skills.

Saqib Saleem is known for being a versatile actor as he has the capability to fit himself in each character. He has worked on many projects including feature films, short films, television commercials, and advertisements.

We all know that Saqib Saleem is just an actor and model. But here you will be amazed to know that he took the start of his career as a Cricket Player. Later, he moved to the field of modeling and acting.

4- Son of a Businessman

Saqib Saleem comes from an educated family as he is the son of a successful restaurateur who owns a restaurant chain in Delhi, India, and named it ‘Saleem’s’. While his mother Ameena Qureshi is a housewife.

Another thing that many of us don’t know and here you will be amazed to hear that the actor, Saqib Saleem used to be seriously scared of pets in his childhood.

The actor, Saqib Saleem is considered among the best and talented actors of the Indian film industry. Yes… You heard that right! Saleem is a skating champion. What’s more? He did not come to Mumbai for acting.

Everyone wants to know about their favorite star celebrity’s siblings and here we are going to reveal about Saleem’s siblings. He has two brothers named Naeem Qureshi and Haseen Qureshi and a sister named Huma Qureshi who is also an actress.

His religion is Islam. He loves dancing and considers it a hobby. He loves to eat Mughlai food. His favorite actors are Ranbir Kapoor, Shahrukh Khan, Akshay Kumar, Priyanka Chopra Jonas, and Deepika Padukone. While his favorite Holiday destination place is Kashmir.