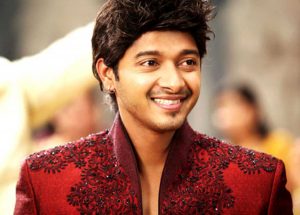 Shreyas is a well known Bollywood figure in the mainstream cinema. He has many hits to his name like Iqbal, Dor and Om Shanti Om. Shreyas was born on 27 January 1976 under the zodiac sign of Aquarius. Two of his aunts were Bollywood former actress and this tells us clearly why he was inclined towards becoming a Bollywood actor himself.

Who can forget the horror flick “Soh” which had the entire nation in its grip when it was aired on Zee TV. Sheryas played a lead role in that horror flick. Later he did many serials under different banners before he turned towards cinema.

Before coming into Bollywood, he did many Marathi movies as well. He is a well-known and recognised face in Marathi cinema. He got his first break in Bollywood when he did Iqbal. Iqbal was the story of a deaf and mute aspirant who wants to be a cricketer. Shreyas played the role of Iqbal to perfection, and he was well received by critics and admirers.

After Iqbal, he did Dor in which he played a role of a “behrupia” the one who changes disguises on and off. He received great acclaim for that as well. He did many movies after that including Om Shanti Om, Click, Help, Agar, Golmaal etc. He produced many Marathi movies as well under his home banner.

He is married to Deepti Talpade. She is a psychiatrist by profession. The couple has a daughter by surrogacy.