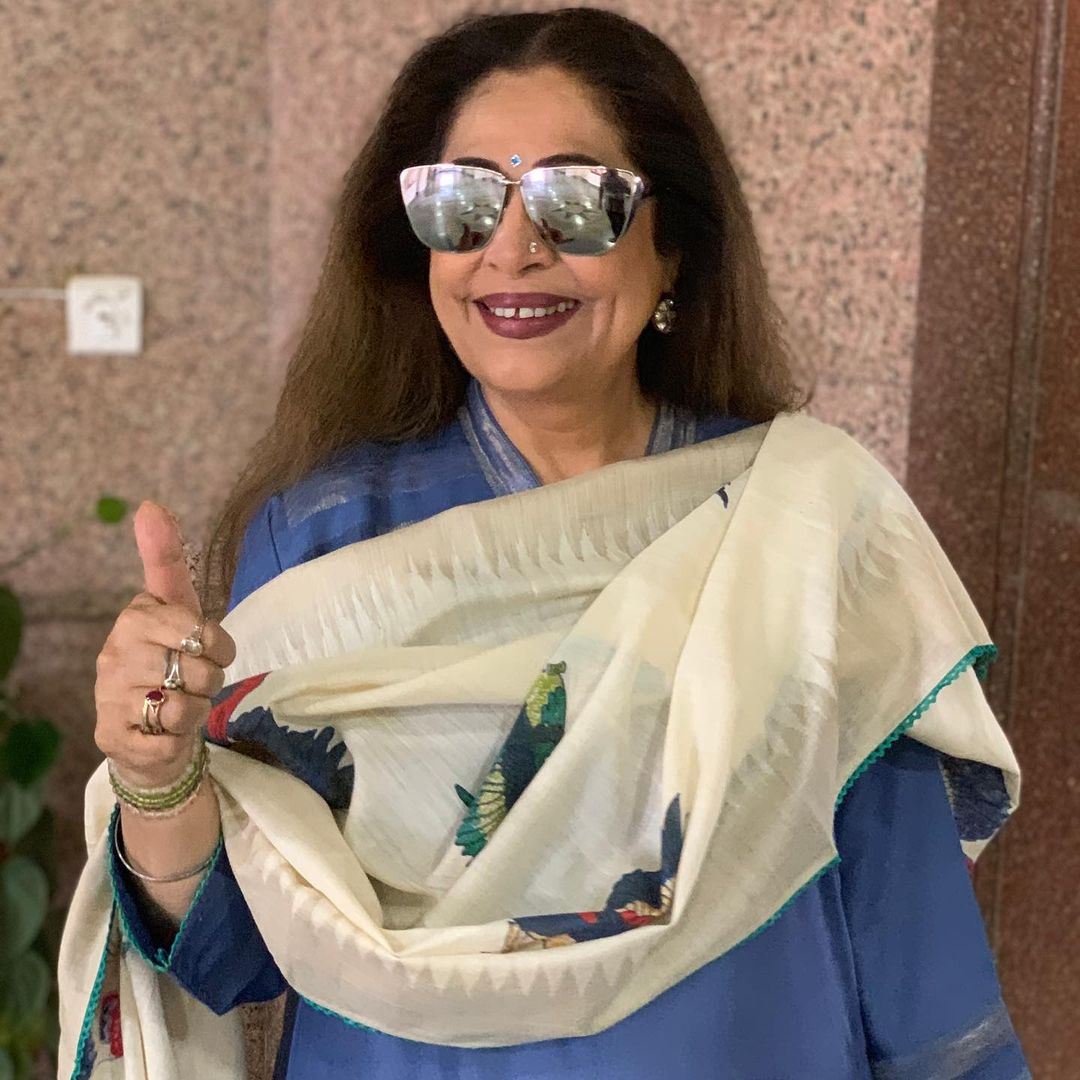 One of the most celebrated stars in the Bollywood film industry, Kirron Kher who needs not a detailed introduction, but for those who are not familiar with her, we are telling you that she is the wife of the most notable actor, Anupam Kher.

Kirron aka Kiran Kher is known for being a theatre actress, film actress, and TV actress as well. She is also a great singer, entertainment producer, TV anchor, host, and a politician – a member of the Bharatiya Janata Party.

In May 2014, Kher was elected to the Lok Sabha, the lower house of Indian Parliament from Chandigarh, India.

The veteran actress, Kirron Kher has worked on a variety of acting projects, such as; movies, theatre plays, television serials, and television shows as well. And the best is, she has made her strong place in Hindi cinema.

The actress, Kirron Kher, however, made her prolific career, be it acting, singing, or politics. She is such a great personality and is an outstanding performer.

Moreover, Kirron Kher is the winner of many awards which she has received for her brilliant performances.