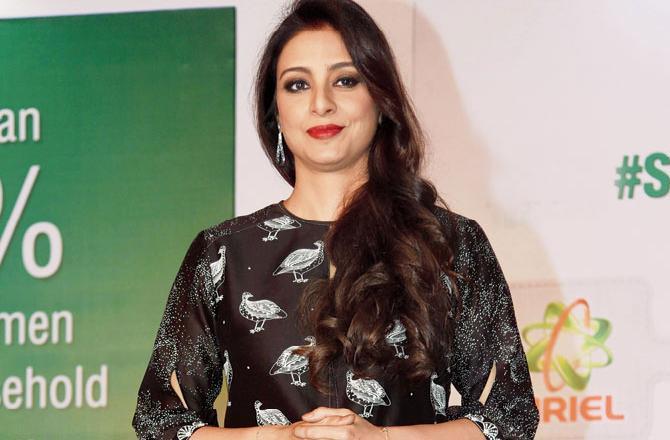 Tabu is a popular Indian movie actress who performed in a number of movies of different languages like Hindi, Tamil, English, Telugu; Marathi, Malayalam, and Bengali movies. She is considered amongst the top Paid actress of Indian film Industry. Tabu is presently 48 years old and was born in Hyderabad, India on 4th November 1971. She has received two National Film Awards as well as six Filmfare Awards, covering a recorded four Critic Awards for the best actress. Tabu was also awarded with Padma Shri Award by Indian government in the year 2011. Her complete name is Tabassum Fatima Hashmi and Tabu is her nickname.

Tabu is a commercially famous actress all across India. Her net worth is $7 million and her salary is 3 to 4 crore rupees for a single movie. She completed her graduation in electronics from St. Xavier’s College, Mumbai. She was born to Jamal Hashmi her father and Rizwana her mother in Hyderabad.  Tabu was born in a Muslim family. Her parents divorced very soon after her birth. Tabu’s mother was a school teacher and her parental grandparents were also retired teachers who ran a school. Her grandfather named Mohammed Ahsan was a Mathematics professor, and her grandma was English Literature professor. She is the niece of Tanvi Azmi, Baba Azmi and Shabana Azmi as well as the younger sister of famous actress Farah Naaz. Tabu can fluently speak Urdu, Telugu, English and Hindi. She has an elder sister named Farah Naaz. Tabu is Muslim by religion and she is an Indian nationality holder.  Tabu’s current marital status is unmarried. She had affairs with a number of Bollywood actors like Sanjay Kapoor, Sajid Nadiadwala and Akkineni Nagarjuna.

Check out exclusive ➡ facts about Tabu.

Facts You Never Knew About Tabu!