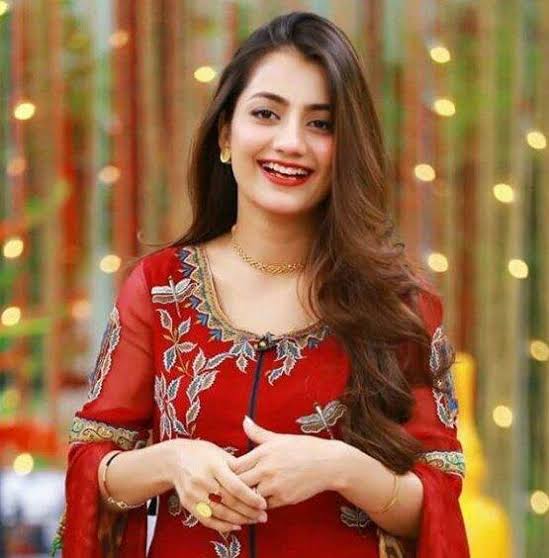 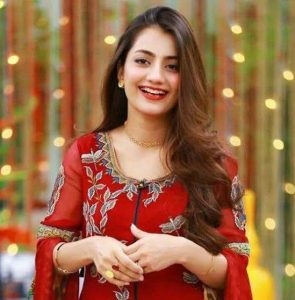 Uroosa Qureshi is a Pakistani model turned TV actress who mostly played as a supportive role in many soaps and dramas. She was born on 2nd January 1990 in Karachi. She got her education in the same city. Uroosa got married to a television actor, Bilal Qureshi on 14 February 2015. In 2017, Uroosa filed the case of domestic violence against her husband, but after a few months, the couple patched up.  After then, they blessed with a son, Sohan.

Uroosa started her showbiz career as a model. She has walked for many fashion designers on the runways of many fashion shows. They also worked for many television commercials. After becoming a good model, she stepped to the acting career. She has worked in many dramas as a supporting character. Her first drama was “Meenu Ka Susral”, which highlights the conflicts of lack of love and understanding within the families which creates distrust and negativity even among the very strong relations. The drama main cast is Amna Karim, Gul-e-Rana, and Hamad Farooqui. It was aired on ARY Digital.

Her other supportive role of Noureen in the drama serial “Daage” along with Fahad Mustafa and Mehar Bano is highly appreciated by the people. The story is focused on the social issue of the middle class, the births of more children for the wish of a baby boy.

“Sartaj Mera Tu Raaj Mera” was a 2015 Pakistani soap series where she gave her brilliant performance along with the stars, Zhalay Sarhadi, Shagufta Ejaz, and Ismat Zaidi. The drama revolves around a traditional mind joint family.

Her other best performance that earned her fame in the drama industry was Zahid Mahmood directed drama “Piya Ka Ghar Pyaara Lage”, starring with Nausheen Ibrahim and Shariq Zaidi. The drama was broadcast on ARY Digital from 2011 to 2013 and was praised by audiences.

Other performances of Uroosa are:

The beautiful supportive actress is the nominee at the 4th Hum Awards for the Best Soap Actress for her brilliant performance in the soap drama “Sartaj Mera Tu Raaj Mera”. Along with she has a huge fan who acclaimed her dramas like “Meenu Ka Susral” and “Piya Ka Ghar Pyara Lagay”.

What was the reason behind Uroosa Qureshi and her husband Bilal Qureshi's fight?

After the wedding, the main reason for their fight is 'Sunday Bazar'. Bilal Qureshi doesn't like to go Sunday Bazar but Uroosa likes to go there.

Bilal Qureshi proposed her in Sindhi because her wife Uroosa Qureshi belongs to a Sindhi family.

What is the way to Uroosa Qureshi success?

Uroosa Qureshi's family support is the secret behind her success.

What is the secret to Uroosa Qureshi beauty and fitness?

What is the secret to a happy married life to Uroosa Qureshi?

Mutual understanding and respecting each other's points of view is the secret to a happy married life.