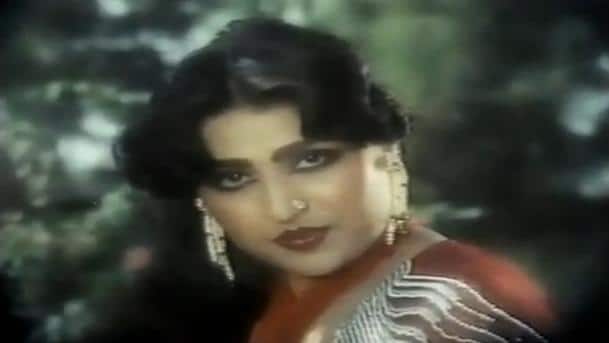 Anjuman Shaheen known for Anjuman. She is one of the most successful Punjabi film heroines of Pakistan. She featured hit films throughout the alternate last two decades of 20 years of career spanned. She appeared in more than 300 films during the 1980s and 1990s. She was born in Bahawalpur, Punjab. Anjuman’s parents belonged to Ahmadpur East and settled in Multan, then later migrated to Lahore where she grew up.  Anjuman’s younger sister Gori is also an actress.

She got married to the income tax commissioner, Mobin Malik. She has two sons and one daughter from him, named Zeeshan, Adnan, and Iman. She had quitted her showbiz career and lived in the United Kingdom with her family. But unfortunately, her husband was murdered while he visited his relatives in Lahore on the Eid day in 2013. She then married to Waseem Lucky Ali on 17 June 2019 at the age of 64-year.

She started her 20 years of career journey with her first acting debut in the Urdu film, Soorath in 1973, co-starring with Waseem Abbas, Afshan, Taj Niazi which was not a major hit. However, Anjuman name rose to glom in 1979 after her first super hit film “Waadey Ki Zanjeer” with the co-actors Mohammad Ali and Waheed Murad.

Next, in the following year, she appeared to play the supporting role in the Romantic, musical Punjabi film “Sala Sahib” along with Ali Ejaz. All the three films of 1981 were the diamond jubilee hit where she shared with the same partner-hero, Sultan Rahi, singer of her playback songs were of Melody Queen Madam Noor Jehan and musician was Wajahat Attre. She had also ruled the Punjabi cinema for more than a decade. After diamond jubilee hit performance, Anjuman had worked in the numbers of hit Punjabi and Urdu films along almost all the top hero.

Following the years, in 1995 she appeared in the Punjabi film “Khoon Da Hisab” with the co-actor Ghulam Mohniddin, and Sultan Rahi. The film was directed by Imtiaz Qaiser and was hit in Pakistan. It was Sultan Rani’s last film, after that he was murdered on the National Highway. Anjuman took a break after this film.

After few years of break, Anjuman came back with a mega-hit film in 1999 as the title role in the film “Chaudhrani” alongside the young stars, Saima Noor, Shaan Shahid, and Saud Qasmi. Anjuman’s next debut was “Jag Mahi”, with the co-actor Ghulam Mohiuddin, in 2000. It had a superb hit response from the audience as well as critics. The film ran for 103 weeks at the Metropole cinema, Lahore.

She next then starred in another Punjabi blockbuster film “Peengan” in 2000 opposite the young hero Saud Qazmi. The film Peengan was super blockbuster and broke the records of many cinemas in Lahore. The film proofed to be a lottery for the film producer, ‎Arshad Ali Waraich who earned 100 times more the investment he made.

Her last performance was another Punjabi film “Jatti Da Wair” with the co-actors Saud Qasim, and Moamar Rana in 2000. The last film of her career was also a huge hit.

The veteran actress has ruled on the Lollywood for two decades and was the super hit heroin of the Punjabi film. Consequently, she was the recipient of seven awards on the Nigar Award Function.

Facts You Never Knew About Anjuman!