They are best known for their roles as Brandy Epps in Orange Is the New Black from July 11, 2013, to July 26, 2019. They also played the role of Taylor Mason in the TV series Billions in 2016. The actor Dillon is non-binary and uses singular “they, them, and their” pronouns.

Their role on “Billions” is the first non-binary major role on North American television. They won them a Critics’ Choice Television Award nomination in the category of Best Supporting Actor in a Drama Series. They also acted on the role of Adjudicator in the action film John Wick: Chapter 3–Parabellum (2019).

Dillon completed graduation from the American Musical and Dramatic Academy in New York. At 16, they finished the Meisner training program at The Actor’s Workshop during their junior year of high school.

They were the youngest student ever allowed to the class. Dillon took the formal role of Rachel Corrie in the play My Name Is Rachel Corrie. After that, they took part in a workshop of plays with Academy Award- and Tony Award-winning writers.

A featured lead role as Lucifer in The Mysteries, and a role in The Tempest at the Shakespeare Theatre Company in Washington, DC, followed this. In an interview, they opened up about the struggles with gender identity.

Known For: Orange is the New Black Billions 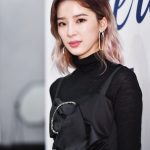