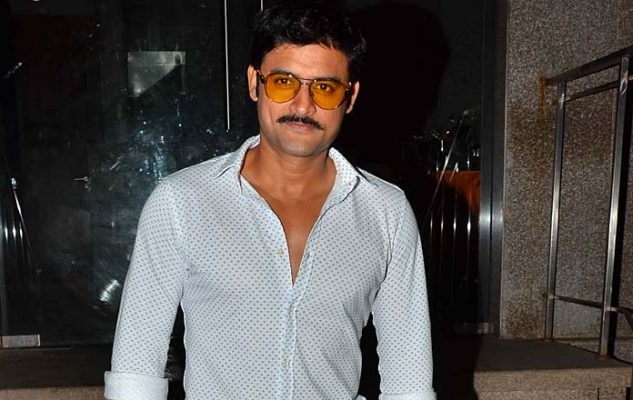 Manav Gohil is a film and television actor, hailing from India and works in the Bollywood film industry. He has been working since long and is mainly known for the outstanding performances he had given in various television shows and movies as well. He also appeared in a most-watched television serial, “Kahani Ghar Ghar Ki” and the dance reality show “Nach Baliye 2”.

He was born on 9th November 1974, Surendranagar, Gujrat, India where he raised and grew up along with his siblings and parents. He always credits his parents for being extremely supportive throughout his career life. He has a degree in commerce and later, he did an MBA.

After completing his studies, Manav Gohil decided to pursue acting as a career so he joined the entertainment industry. After giving auditions, he then appeared on television and made an appearance in various popular shows, like; “Kahani Ghar Ghar Ki”, “Kasauti Zindagi Ki”, “Kkusum”, and others are worth sharing. However, it seems like he has acted in various popular Indian television serials and became popular.

Additionally, he has worked in a Gujrati movie named “Saptapadi” in which he worked alongside with Swaroo Sampat.

He also worked in plays as an actor and some of his most recognized plays are “Kennedy Bridge” directed by Khalid Mohammed & “Lady from the Ocean” directed by Illa Arun. Besides, he has made some endorsements for various notable brands, such as; Honda Amaze, Volkswagen, ICICI and the list goes on.

Alongside this, he worked in the movie “Super 30” in which he portrayed the role of Purushottam. While the film was released in 2019.

In 2020, he appeared in a Bollywood movie “Baaaghi-3” which was directed by Ahmed Shah and written by Farhad Samji. While the film features Shraddha Kapoor, Tiger Shroff, and Riteish Deshmukh.

However, Manav Gohil has acted in various movies and television serials for which he got immense love and huge fame from viewers and fans.

Manav Gohil participated in a dance reality show “Nach Baliye-2” for which a famed Choreographer Saroj Khan awarded him the Best Dancer.

Manav Gohil married to Shweta Kawatra, who is also a television actress and the couple participated in a dance reality show “Nach Baliye-2”. The couple is blessed with a daughter who was born on 11th May 2012.