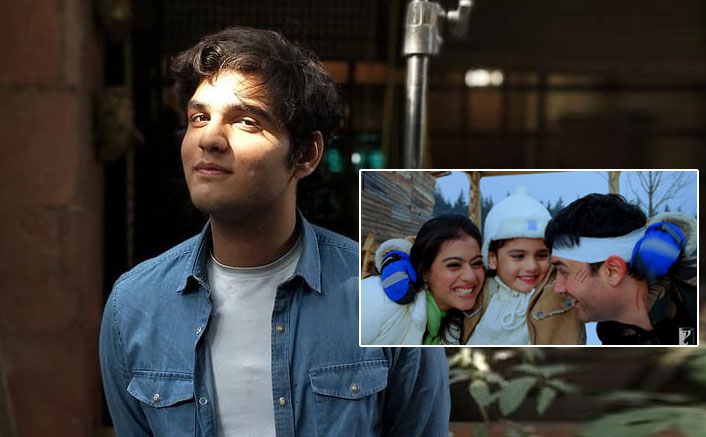 Here’s a chance to know about your most favorite young star celebrity, Ali Haji- who is known for appearing as a child artist in the Bollywood film titled ‘Fanna’starring Aamir Khan and Kajol. Yeah… He is the same little pie who gave a brilliant performance in the film as he portrayed the role of Aamir and Kajol’s son. It was the time when Ali Haji grabbed the attention of everyone with his great acting chops and now he is doing a great job by appearing in many films. Haji has worked in numerous films as a child star and this way, we can say that he is not new to the camera. The best is, he is giving wonderful performances and now, he is mainly known for appearing in Ta Ra Rum Pum. Well, there are many things left to know about the young star as we have multiple reasons to love and praise him. So let us have a look!

Ali Haji has acted in many Bollywood films for which he became famous. But he is mainly known for appearing in ‘Fanna’ portrayed a role of a son of Aamir Khan and Kajol. And also, he gave a brilliant performance in ‘Ta Ra Rum Pum’ starring Saif Ali Khan and Rani Mukherji in which he appeared as their son.

The 20-year-old young star, Ali Haji is an award-winning actor. Yes… Here you will be mesmerized to know that he was awarded the Best Child Actor award at the New York Indian Film Festival for the film named ‘Nobleman’.

Ali Haji is just an actor for many of us, but here we would like to tell you that Haji is a great and successful writer and a director as well. He has written and directed his debut feature film titled ‘Justice for Good Content’.

Fame does not come overnight, and to get famed, we have to struggle a lot. Likewise, Ali Haji worked hard to reach the peak of success. And he rose to fame after appearing in the Bollywood film titled ‘Fanna’ (portrayed the role of a son of Aamir Khan and Kajol).

5- Featured in more than 100 TV Commercials

Ali Haji got featured in more than 100 television commercials. And that’s incredible! It’s a huge win that the young actor has established his extensive career by working on many acting gigs.

It’s a dream of almost every celebrity to work with Bachchan aka Big B. And who knows Ali Haji is among the lucky ones who have got the chance to make a debut film with Big B. Yes… Haji has worked alongside Amitabh Bachchan in the Bollywood film named ‘Family’.

7- Worked in a Hollywood Film

Ali Haji has worked in a Hollywood film titled ‘Line of Descent’. It was a feature film and was previously known as ‘The Field’. In the film, he shared the screen with Abhay Deol, Prem Chopra, Ronit Roy, and others.

At this young age, the actor, Ali Haji owns a theatre production house titled ‘Clean Slate Studios’, under he has written and directed two plays named ‘Kaaya’ in 2016, and another is ‘The Mad World of Rustom Irani’.