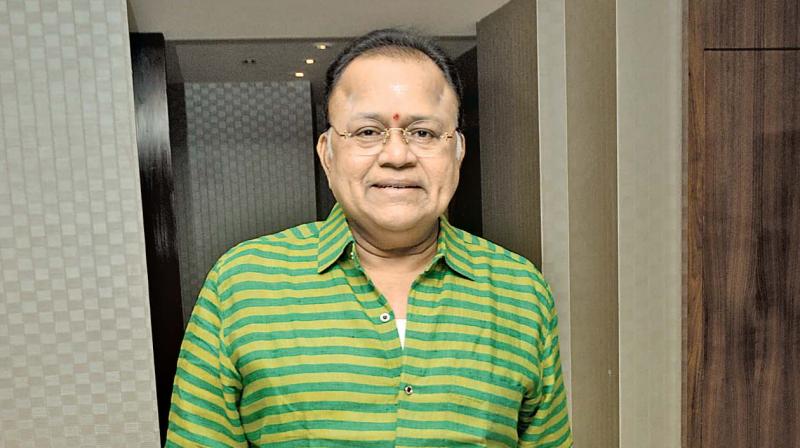 Madras Rajagopalan Radhakrishnan Ravi, popularly known as Radha Ravi- an Indian actor and politician who has established his career broadly in multiple fields, such as; films, television series, politics, web-series, direction, and production as well. He is mainly known for the supporting roles played throughout his career. He was born on 29th July 1952, and the son of M.R.Radha. He is also a ex-chief member of the Nadu Film Artistes’ Association. Moreover, he faced controversies over the extreme criticism of other film celebrities.

During his studies, he along with his friends, Jailani and Rafee striving to pursue his passion for theatre. He performed for M.R.R. Vasu troup, T.K. Chandran troupe, UAA troupe, and others.

In 1980, he started his own theatre and named it “Nadikavel Theatres”. Later in the same year, he made his Kannada debut movie named “Rahasya Rathri” which was produced by actor’s Bharathi’s father.

In 976, he appeared in Tamil film “Manmadha Leelai” (1976), and for this, Bollywood veteran actor, Kamal Hassan recommended his name to K.Balachander.

Later, director Rama Narayan helped him to boost his career. While T.Rajendar cast him in the movie named “Uyirullavarai Usha” in which he worked as a villain. The film was released in 1983.

During his career, he gave remarkable performances in movies, such as; Cinna Thambi (1991), Pooveli, (1998), Padayappa (1999), and other hit movies that are worth sharing to watch.

He is blessed with multiple skills so he tried his luck in production and produced such movies; “Chinna Muthu” (1994), “Illaignar Ani” (1994), and others. However, he made a broad career in almost all fields and made his own identity in the cinematic world.