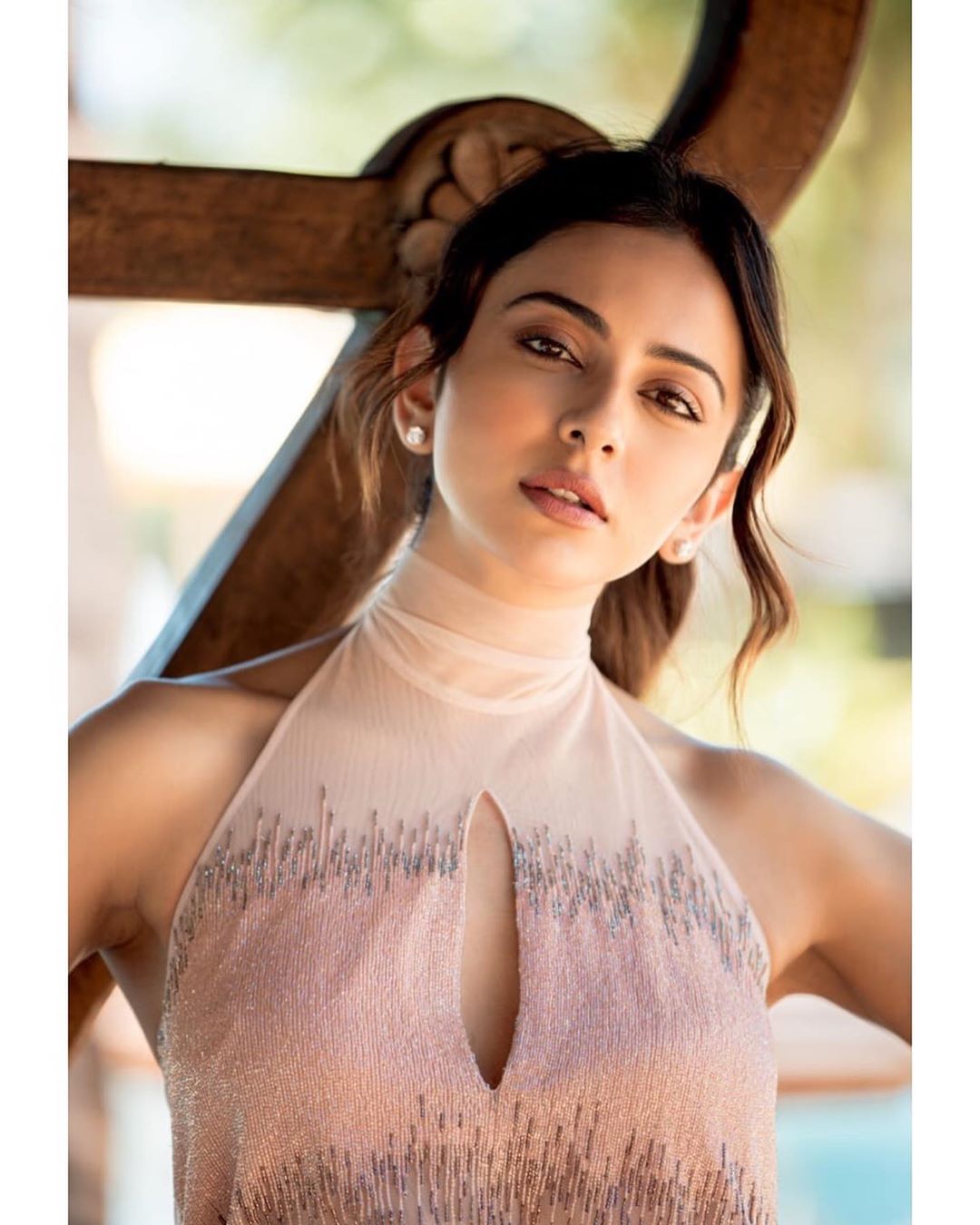 Rakul Preet Singh is an uprising Indian movie actress as well as a model who predominantly works in south Indian movie industry. She has also starred in a few Tamil, Kannada and Bollywood movies. In a shorter span of time, Rakul Preet has recognized herself as one of the most prominent Telugu movie actresses. Rakul Preet Singh was born in New Delhi, India on 10th October, 1990. She was born to Kulwinder Singh and Rajender Singh an Indian Army Officer. Rakul Preet completed her schooling at Army Public School in Dhaula Kuan and afterwards completed her Honors’ Degree with a major in Mathematics from Jesus & Mary College, Delhi University. Rakul Preet Singh has been an enthusiastic golf player and also played at national levels.

Rakul Preet initiated her career as a model when she was in college and also did a number of commercial handouts. In 2009, she made her first acting debut with a Kannada movie titled “Gilli” directed by Raghava Loki. In this movie, Rakul played the leading role as Arati alongside Gururaj Jaggesh and her acting was extremely admired by the audience.

In the year 2011, Rakul took part in ‘Femina Miss India Pageant’ contest wherein she was ranked 5th and won five pageant titles covering ‘Miss India People’s Choice’. In the same year, she appeared into a Telugu movie titled Keratam as Sangeetha. After that, Rakul Preet Singh kicked off her expedition in Tamil movie industry with Thadayara Thakka in which she appeared as Gayathri Ramakrishnan alongside Arun Vijay. In 2014, she also starred in a Bollywood movie with director Divya Khosla Kumar’s adventurous romantic movie Yaariyan. Rakul Preet Singh was the part of numerous commercially successful movies like Theega, Venkatadri Express, and Loukyam, paving the path towards bigger projects like Kick 2, Nannaku Prematho, Bruce Lee: The Fighter, Dhruva, Sarrainodu, Jaya Janaki Nayaka and Rarandoi Veduka Chudham.

In the year 2017, Rakul Preet has won a number of awards of which a few of them are Zee Telugu Apsara Awards, 64th Filmfare Awards South and Zee Cinemalu Awards for the nomination of best actress. Her Bollywood movie in 2018 was Neeraj Pandey’s thrilling-romantic movie Aiyaary alongside Manoj Bajpayee and Sidharth Malhotra. She has been elected as the brand ambassador for Beti Padhao Beti Bachao programme by Telangana State Government.