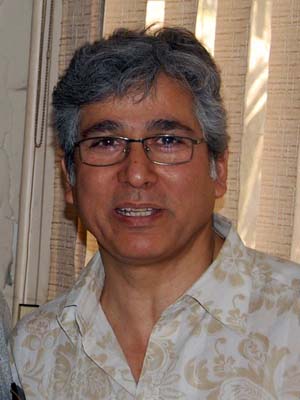 Ravi Khemu, an Indian actor and works in Hindi cinema. Ravi Khemu is the father of Kunal Khemu and the father-in-law of Soha Ali Khan. Ravi Khemu is known for his work for the film named ‘Zindagi Na Milegi Dobara’ in 2011, ‘Rajneeti’ in 2010, ‘and ‘Morjim’in 2021. The actor is doing a fantastic job as he is still active in the Bollywood film industry at this age. This is incredibly amazing as he is a real inspiration for all old-aged people. Ravi Khemu has established his name in the Hindi cinema and the best is, Kunal also followed his father’s footsteps and did some movies in his early career.

Ravi Khemu has made few appearances in Hindi movies but got a huge place in millions of hearts. Well, among many films, some of them are shelved, such as; ‘Prastishwar’ in 1996, wherein he was about to work with his son Kunal Khemu. In the film, he was cast to work alongside Vasif, Amit Behl, Anand Raj, and many others. Because of unknown reasons, the movie was shelved. Apart from this, he rose to fame after working in ‘Rajneeti’ which is considered among the best release of the year 2010. While the blockbuster is ‘Zindagi Na Milegi Dobara’ which was released in 2011, starring Hrithik Roshan, Katrina Kaif, Kalki Koechlin, Farhan Akhtar, and Abhay Deol.

He is the man who considers fame and recognition as the greatest life achievements. And that’s what everyone loves to appreciate him.