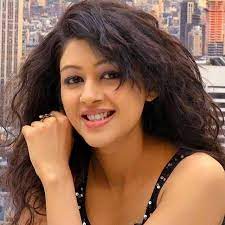 Shreya Awasthi is another most important character of the most-watched Bollywood movie titled ‘Article 15’. In the film, she gave a brilliant performance. She shared the screen with Ayushman Khurrana as he played the lead role as a police inspector. Among others, Manoj Pahwa played a significant role for which he got praise from the audience. The film was directed by Anubhav Sinha. However, there is no doubt that the actress, Shreya has made her character prominent and won the hearts of many with her excellent acting chops. She is a champ!

The actress Shreya Awasthi is on a new journey where she has to do a lot of projects to prove herself the best actress in the Bollywood film industry. She has acted in several movies, maybe she is not new to many, but many of us not familiar with her talent and work. Well, the actress has been trying her best to make a place in the industry. In 2019, she worked with passion as she did amazing performances in the movies, like; ‘Article 15’ wherein she was seen alongside Ayushman Khurrana and others. Another best film of the year was ‘Batla House’ which became an instant hit. In the film, she acted alongside biggies, such as; John Abraham, Nora Fatehi (a renowned dancer and actress), and many others. However, she played her role brilliantly.

For Shreya Awasthi, the achievement is the moment when she got the chance to work with Bollywood’s notable stars who are famous for their work and dedication.