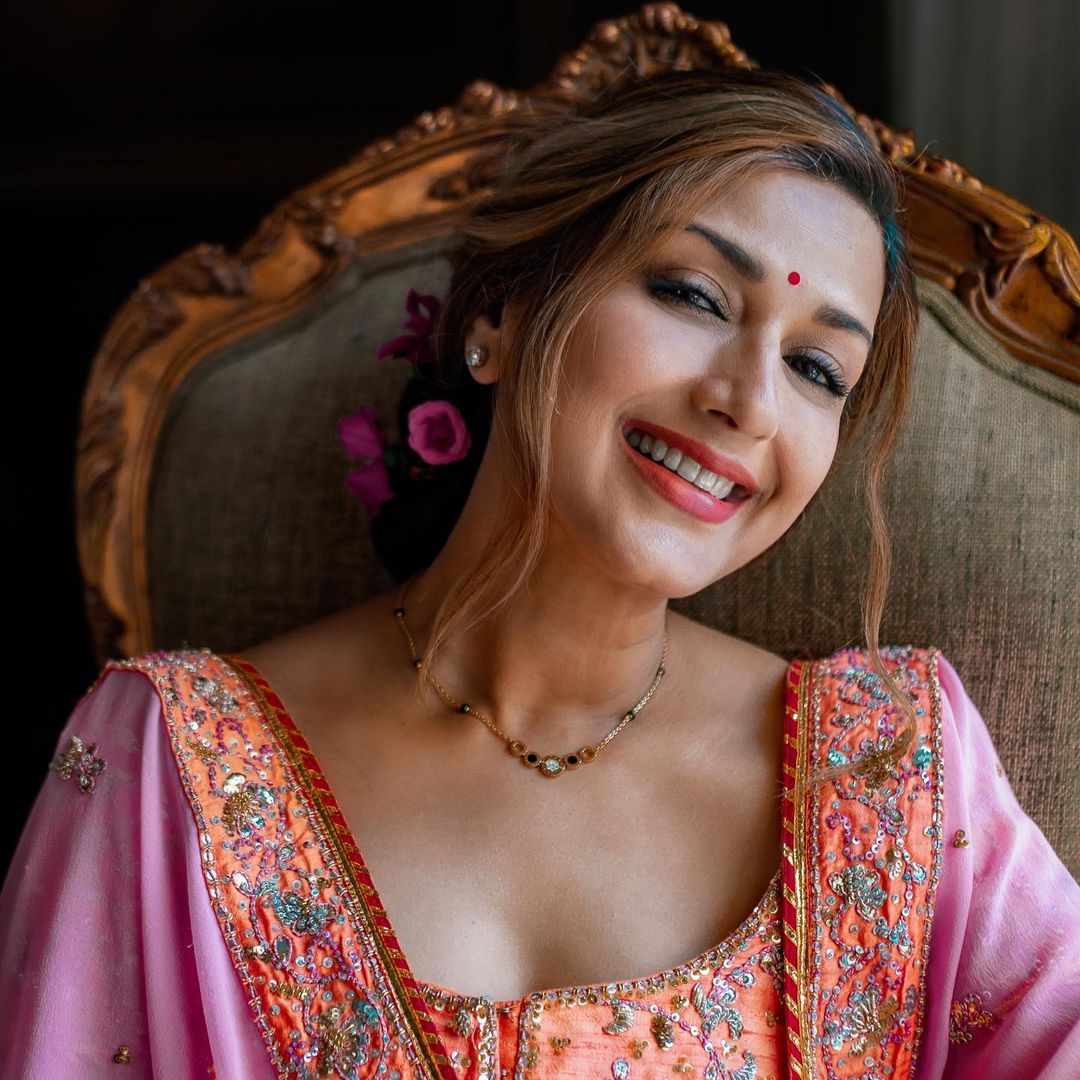 Sonali Bendre Behl, an Indian actress who has worked in Bollywood movies and has made her identity by giving fantabulous performances. She is mainly known for appearing in the Bollywood film ‘Safarosh’ starring Aamir Khan.

Additionally, Sonali Bendre has acted in Telugu, Tamil, Marathi, and Kannada movies as well. Moreover, she has won many awards including a Filmfare Award.

Sonali Bendre has established her career as a model and actress. Initially, she took the start of her career with modeling, and later, she moved her interest into acting.

She, however, made her extensive career by working on various acting and modeling assignments. Bendre entered the Star Dust Talent Search and later, she became a model.

At the age of 19, Sonali Bendre debuted through her first film named ‘Aag’ in 1994. For her wonderful performance, she won the Filmfare Award for Lux New Face of the Year and the Star Screen Awards for Most Promising Newcomer. In the same year, she acted in the film named Naaraaz, for which she won Filmfare’s Sensational Debut award. In 1995, she appeared in Bombay in the song Humma Humma.

Subsequently, she then started accepting roles for different Bollywood movies including ‘English Babu Desi Mam’, starring Shahrukh Khan. Likewise, she did many films throughout her acting career.

Among various achievements, the actress, Sonali Bendre has been honored with many awards including Screen Awards, Filmfare Awards, Golden Petal Awards, and many more are prominent on the list.