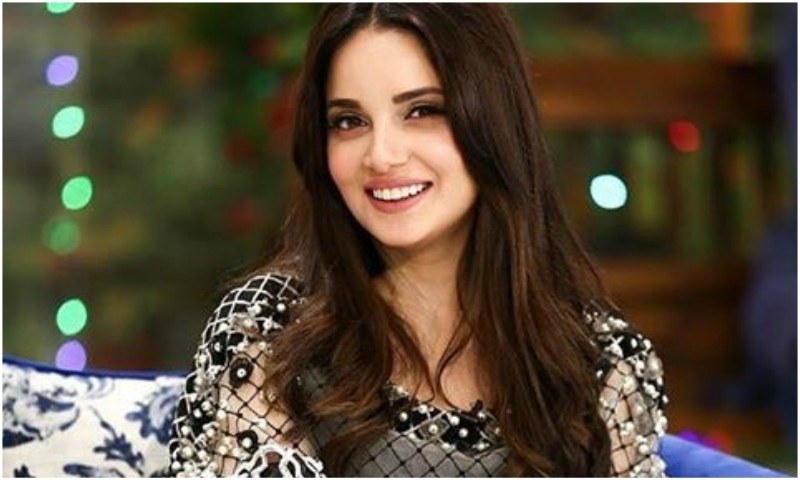 Armeena Rana Khan is a beautiful, talented Canadian born Pakistani film and TV actress and model. She is one of the most known actresses who considered the highest-grossing actress of Pakistan. She was born in Toronto, Canada. She spends her early life in Manchester, England. She has Pashtun to Punjabi origin. She holds a Master’s degree in Business Administration from the University of Manchester, England. Khan announced her engagement with a British-Pakistani businessman, Fesyl in 2017. Khan revealed that Fesyl proposed her on the beach of Cuba.

Armeen Khan started her showbiz career as a model for a few months and work for various famous Pakistani brands, such as Nishat Linen, Faysal Bank, and Sprite. Then she acted a role in the British short film “Writhe” starred with Geoff Cooper, Fesl Khan in which Khan played the role of a woman who is a serial killer. This film was selected to screen at the Cannes Film Festival in 2013. She then appeared in another short film, titled “Stranger Within Me” with Geoff Cooper, Farhan Khan which was also screened at the Cannes Film Festival in 2014. Khan also portrayed in the ARY Digital sitcom “Happily Married” opposite Azfar Rehman in 2013 which tells the story of a Happily Married couple.

In the same year, Khan made her first serious acting debut in romantic drama “Shab-e-Arzu ka Alam” alongside Mohib Mirza, which was broadcasting in ARY Digital. This is the heart touching stories of the sacrifices and pain of a man which he faces to make his love, she portrayed the lead role of bountiful women.

She got a breakthrough critical success, after playing in the romantic award-winning drama series Muhabbat Ab Nahi Hugi opposite Ali Rehman Khan which broadcasts on Hum TV. Her other famous dram in which she played a lead role included “Ishq Parast” alongside Syed Jibran which is the story of a charming girl who has her dreams about her love and “Karb” alongside Adnan Siddiqui which tells the story of an innocent unmarried girl who is full of life.

She has also acted as a lead actress in the Bollywood in a film Huff! It’s Too Much alongside Pushkar Jog in 2013. Khan made her Lollywood debut in a romantic film “Bin Roye” in 2015 as the lead role alongside Mahira Khan and Humayun Saeed which based on Farhat Ishtiaq’s novel Bin Roye Aansu. She became more popular after playing the role of the elder sister of a charming crazy girl who loves her cousin since her childhood but her cousin fall in love with elder sister. After acting in the film, she also acted in the drama with the same name.

She also made her molding debut in Pakistan in the music video “Sajna” alongside a talented actor Osman Khalid Butt. The song was sung by Uzair Jaswal and produced by his brother Yasir Jaswal. She made her debut in the mega-projects of Pakistan history, “Yalghaar”. This film is a Pakistani war-epic action movie released in 2017, starred with Humayun Saeed, Adnan Siddiqui, Armeena Khan, Ayesha Omer, Sana Bucha, and Bilal Ashraf. This film is based on the true story of the Pakistan Army’s Swat Operation.

Her next acting debut was in Janaan’ alongside Bilal Ashrafi, Hania Amir, and Ali Rehman Khan. It is a comedy romantic film which tells the story of a Canadian student who visits Pakistan to attain her cousin’s wedding. Imrana Rana Khan will soon appear in a patriotic war film “Sherdil”, as a lead cast in 2019.

Khan is the first actress from Pakistan whoever attends Cannes Film Festival. She became popular after her negative role in the romantic drama “Muhabbat Ab Nahi Hugi” which earned her a nomination of Best Villain at Hum Awards ceremony in 2015. Khan is also the recipient of the Women Empowerment Award by the Pakistan Achievement Awards.

Her other critical and commercial success was garnered by the hit dramas and films, such as “Ishq Parast, Janaan, Yalghaar, and Karb. She has also nominated for the Best Supporting Actress on Lux Style Award, due to her wonderful role as a girl next door in an award-wining hit movie “Bin Roye”.

Khan is a very talented and hardworking actress who rose to prominence in a short time. She was named among the “50 Sexiest Asian Women” by the Eastern Eye.