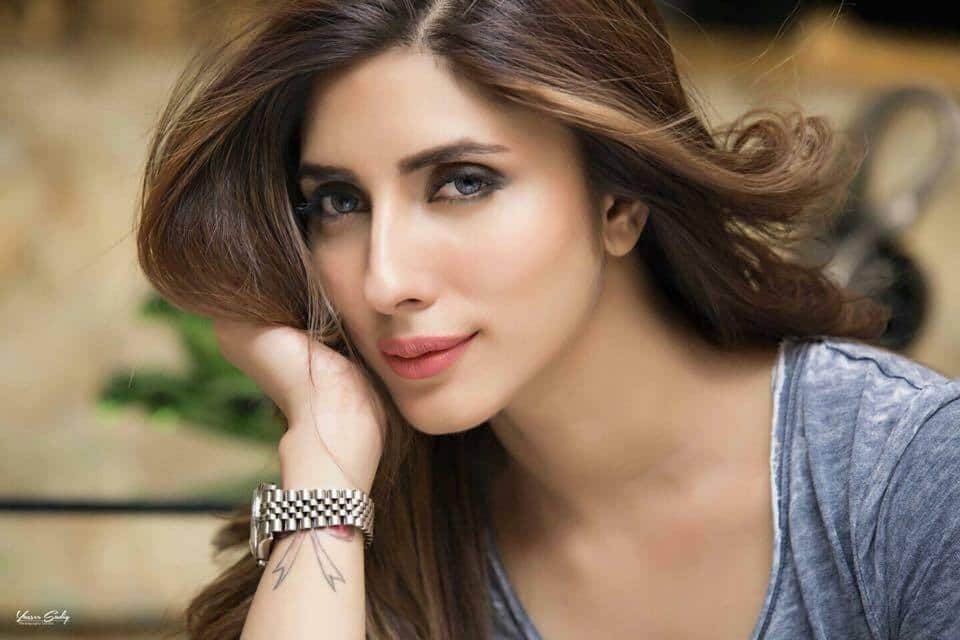 Uzma Khan is a gorgeous Pakistani actress and model. She is born in Uzma Khan 14th April 1987 in Karachi, Sindh. She got his education in the same city.

Uzma Khan started her showbiz career directly from the big screen with the Pakistani action-thriller film movie Waar in 2013. In this film, she acted as a supporting actress alongside Shaan Shahid, Meesha Shafi, and Ali Azmat and the film is the duplication events of War on North-West Pakistan. After the critical success of this movie, she also appeared in another adventure comedy film “Jawani Phir Nahi Ani”, starred with Humayun Saeed and Sohni Ali Abro. This film based on the story of a divorce lawyer who is a single man. In 2016,

Uzma played a lead actor role in the romantic comedy action film “Teri Meri Love Story” starred with Mohib Mirza, Ushna Shah, Omar Shahzad, Uzma Khan, Mohsin Abbas Haider, and Salman Shahid. The story is about a beautiful, stylish TV host. Her other block blaster movie in which she played a lead feature is “Jawani Phir Nahi Ani 2”, cast with Humayun Saeed, Ahmad Ali Butt, Vasay Chaudhry, and Sarwat Gillani. This film is the continuation of “Jawani Phir Nahi Ani”. She also made his debut in the black blaster hit film “Yalgaar” as a supporting actress with Humayun Saeed and Shan Shahid.

She has featured on the covers of various fashion magazines, such as MAG magazine. As a model, she has appeared in many television commercials for top brands of Pakistan, such as Stillman’s Cream, Mobilink Jazz, and Skin White Cream. Uzma has also walked on the ramp for almost all famous designers of Pakistan, including Maria. B, HSY, Sana Safinaz, Umar Sayeed and so on. and many more. Uzma frequently appears as a guest in various morning shows.

In 2017, she portrayed the lead role in a romantic drama “Aadhi Gawahi” with Sohni Ali Abro and Azfar Rehman. The drama focused on a serious issue of unintentional nikkah. Her other drama is “Kaisi Aurat Hoon Main”, with Nadia Khan and Faisal Rehman as a supporting actress. The drama is concerned about the struggles of women in our society.

The beautiful has made his name and fame in the Pakistan entertainment industry, it is because of her efforts in the pursuit of success.

What is the best advice that someone has given to Uzma?

Uzma Khan always takes advice from her mother so she doesn't like to take others' advice.

How Uzma Khan got fame?

Uzma Khan is viewed as among a couple of individuals who have gotten the lead and are well on their approach to progress and acclaim. She has figured out how to accomplish and make her place in the Fashion business and got famed despite the hardships and struggles she needed to confront.

What kind of person Uzma Khan is in terms of work and abilities?

Uzma Khan has not restricted herself to just modeling yet has faith in adaptability and has joined the Film and Television industry of Pakistan. She also went about as a brand envoy of numerous well-known products like Mobilink and JAZZ.

What are the skills that Uzma Khan required to survive in the industry?

Uzma Khan believes in the skill of entertaining the audience. So, entertainment is the only skill required to survive in the industry.

Which mobile application that Uzma Khan used most?

Uzma mostly used the Instagram app on her phone.