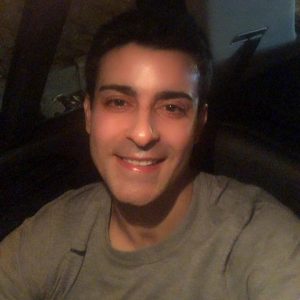 Gautam Rode is a famous Indian movie actor as well as a television presenter. He has starred in a number of TV shows which involve Lucky, Baa Bahu Aur Baby, Maha Kumbh: Ek Rahasaya, Saraswatichandra and Ek Kahani. At present, he is appearing in Season 2 of Kaal Bhairav Rahasya in the role of Veervardhan Singh.

Gautam Rode made his first debut in Bollywood with 2002’s movie titled Annarth. He has also starred in minor roles for a number of Bollywood movies. The progressing point of his career was the television shows titled Maha Kumbh: Ek Rahasaya, Saraswatichandra, Suryaputra Karn, Kaal Bhairav Rahasya and Ek Kahani. Gautam has also starred in a Bollywood movie titled Aksar 2 alongside Zareen Khan.

Gautam Rode was born in New Delhi, India on 14th August, 1977. At first, Gautam and his family used to reside in New Delhi, though afterwards they moved to Mumbai city. His father named Surendra Rode is an emeritus broker whereas his mom named Sangeeta Rode is a famous jewellery designer. He also has an elder sister named Rashmi. Gautam Rode completed his schooling from Army Public School, Delhi. He earned his graduation degree from Shaheed Bhagat Singh College.

In the year 2005, Gautam Rode starred in his second movie titled U Bomsi & Me opposite Vivek Madan and Sonal Sehgal. He portrayed the role of Sam Mac Patel. He afterwards did cameo and supporting roles in television shows such as Betiyaan Apni Yaa Paraaya Dhan, Princess Dollie Aur Uska Magic Bag, Simplly Sapney, Ssshhhh…Koi Hai, Babul Ka Aangann Chootey Na and Rubi. In the year 2009, he featured in the movie titled Agyaat opposite Priyanka Kothari and Nithin.