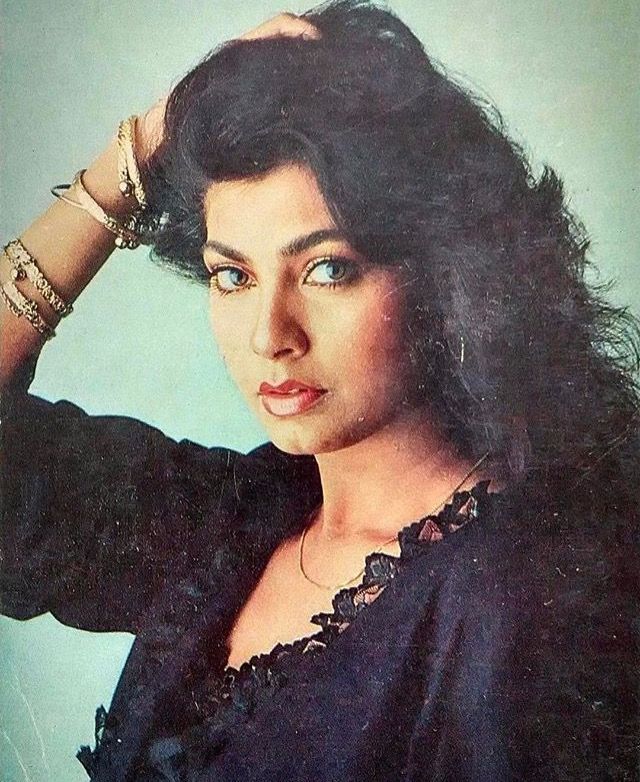 Kimi Katkar is an illustrious model and actress of Indian film industry from 1980s to 1990s. Commonly recognized for her bold image and beautiful face, she appeared in a number of mega hits movies as a heroine. Kimi Katkar was born in Mumbai, Maharashtra, India on 11th December, 1965. She is a renowned Indian movie actress as well as a model and massively acclaimed for her work in Bollywood movies.

Kimi Katkar made her first appearance into Bollywood in a time when bold scenes and songs were not so common. Although with a short-lived career in Bollywood cinema, Kimi Katkar soon had the viewer fainting on her right after her megahit movie “Hum” appearing alongside Amitabh Bachchan in a leading character. The song “Jumma Chumma De de” from the film “Hum” had made her a much loved actress of the masses instantly. Kimi Katkar’s early life had perceived her as a prosperous model and after that a successful actress in the 80s and early ’90s.

Kimi Katkar made her first appearance in the Bollywood film industry in 1985 with the movie Pathar Dil wherein she starred as a supporting actress. She is also famous for her role of Ruby in a B grade film “The Adventures of Tarzan” in 1985. Though, this bold film had her categorize with similar kind of roles in near future. Year1980s saw Kimi Katkar in a number of glamorous roles in the movies like Mera Lahoo, Vardi, Gair Kanooni, Jaisi Karni Vaisi Bharni, Mard ki Zubaan, Zulm ki Hukumat, Sherdil and Zalzala. After appearing in a number of movies, she limited herself to performing on dancing numbers only in movies starring Govinda.  Though, she is massively recognized for her roles in Zalzala, Adventures of Tarzan and Hum.

Kimi Katkar was born to Tina Katkar. Right after the release of movie Hum, she stopped to sign for further projects and got married to a commercial photographer and film producer named Shantanu Sheorey. The couple has one son named Sidharth. Kimi currently resides in Melbourne, Australia. She is happy with her married life for more than a decade.