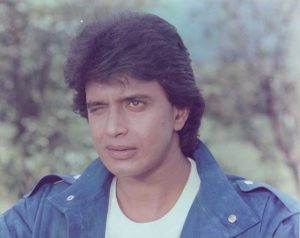 Mithun Chakraborty is an Indian actor who made his career with Bollywood movies. He also worked in Bengali movies. He is also a producer and politician. He is a former Rajya Sabha Member of Parliament. He is the winner of many awards including ‘Fimafare Awards’.

In 1976, Chakraborty made his acting debut in the art-house drama Mrigayaa, for which he won his first National Film Award for Best Actor.

In 1982, Chakraborty starred as Jimmy in the film Disco Dancer, a commercial success in India and the Soviet Union.

He won the Filmfare Award for Best Supporting Actor for his role as Krishnan Iyer Nariyal Paniwala in the film Agneepath.

However, Mithun Chakraborty has made his wider career by working as an actor in many films. Also, he has worked on numerous movies as a producer and also established his career as a politician.

Mithun Chakraborty is one of the most iconic and acclaimed Indian actors who has won several awards including two Filmfare Awards and three National Film Awards.