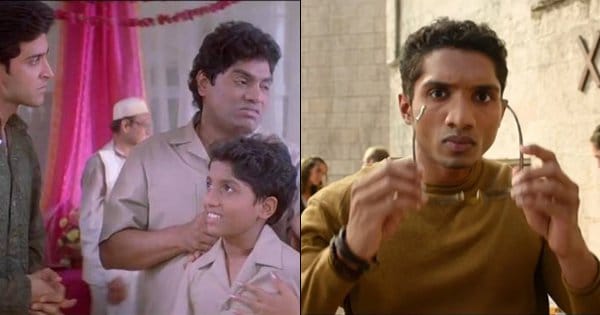 Jessey Lever is an actor, hailing from India, and works in the Bollywood film industry. Do you guys know who is he? Let us tell you! Jessey Lever is the son of the veteran, iconic actor, and comedian, Johnny Lever who is famous for his work and contribution to Hindi cinema. Well, Johnny Lever is among the luckiest ones whose kids are also doing a great job, like his daughter is a great comedian and mimicker, and his son Jessey Lever is an actor. While he is mainly known for the role played in the Bollywood blockbuster named ‘Kabhi Khushi Kabhi Gham’ which is considered as the best film of the year 2001. Here we have gathered some unknown things people don’t know about him. So, give it a read!

Jessey Lever is a super talented actor who is known for his incredible performances given in the movies, like; Kabhi Khushi Kabhi Gham’, starring Shahrukh Khan, Hrithik Roshan, Kajol, and Kareena Kapoor Khan. Also, he has worked in ‘War’ in 2019, and ‘Yeh Saali Ashiqui’ in the same year.

Jessey Lever shares strong bonding with his sister named Jamie Lever who is a famous comedian and a mimicker. She has appeared in many television shows and concerts to show her skills.

3- Connections in the Industry

Jessey Lever has strong connections with the industry because of his father, Johnny Lever. But the best is, he never used it and did everything by himself. He believes in his efforts.

Here you will be amazed to know that Jessey Lever survived from Cancer- a prolonged disease at the age of 10. It was a miracle for him and his all family members that he recovered from the silent killer disease.

In 2019, the actor made his adult debut through a Bollywood film named ‘War’ in which he acted alongside Hrithik Roshan, Tiger Shroff, Vaani Kapoor, and many others.

6- Shared Screen with his Father

Here you will be amazed to hear that Jessey Lever has shared a screen with his father, Johnny Lever in the Bollywood blockbuster film named ‘Kabhi Khushi Kabhi Gham’. Impressive!

Jessey Lever is a huge fanatic of his K3G co-star, Hrithik Roshan who is famous for his dance moves and action stunts. Yes… the young actor admires him truly by heart and idealized him for his great talent.