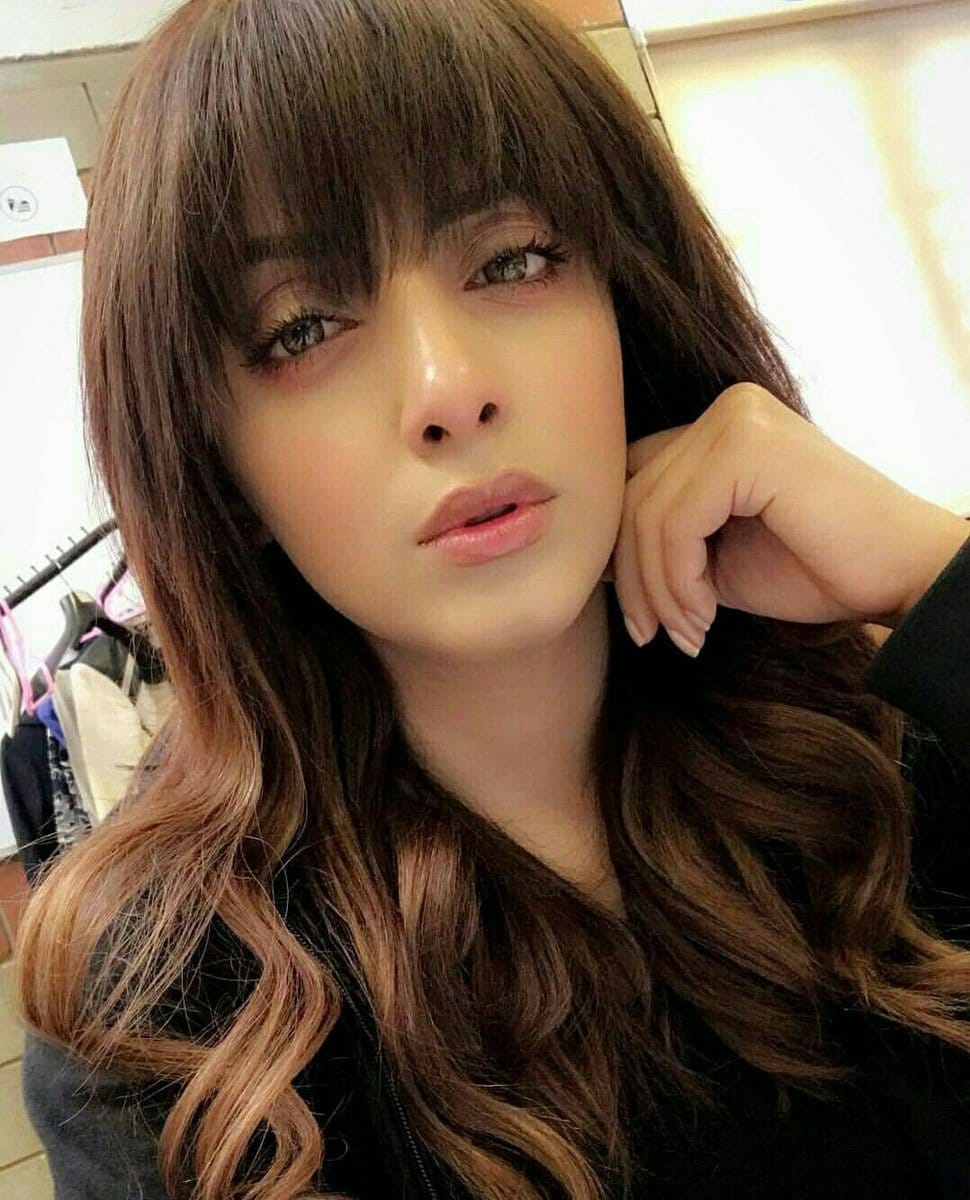 Sanam Chaudhry is a young Pakistani model turned actress who has worked in television as well as on big screen. She was born on 27 August 1991, in Lahore. She holds a Graduation degree from the University of Central Punjab. Her sister is also a famous actress Zeb Chaudhry. Currently, Sanam is unmarried.

She started her career journey in 2013 with modeling in commercials. Later on, in the same year, she appeared in the Pakistani telenovela “Ishq Hamari Galiyon Mein”, broadcast on Hum TV. In this drama, she played the second lead character of Falak’s Sister, Sitara along with Sidra Batool and Humayun Ashraf. The drama is the story of Mr. Rashid’s happy family. Since then she has portrayed in the numbers of Pakistani drama serials and films. In the next year, her career was rose to prominence when she acted in the 2014 Pakistani soap series “Bhool” with Sarah Khan, Behroze Sabzwari, and Fazila Qazi. The drama was received many awards and she has earned a nomination in the Hum award. The drama is based on some political intrigue.

In 2017, she appeared in highly admired drama serial Ghar Titli Ka Pa” with Aiman Khan and Shahzad Shaikh as a lead role. Drama is the story of the two college friends Shafaq, who belongs to a noble and rich family, and Anji belongs to a middle-class family. She played as the main antagonist Anji who tries her level best to gain her material prosperity through her evil nature. In the same year, she played as Sumbul is the most famous Pakistani anthology drama telefilm “Kitni Girhain Baqi Hain” which is based on the real situation of life. The drama aired on Hum TV.

In 2018, her most famous drama was Haiwaan” aired on ARY the drama tells about the child abuse in our society. The drama stars were Faysal Qureshi and Savera Nadeem along with her as Momina. Sanam is currently known for his outstanding performance of an innocent middle-class girl in the Geo TV drama serial “Ab Dekh Kuda Kia Krta Hai” opposite Danish Taimoor in 2018. This drama is the story of a fraudulent businessman, Jan-e-Alam who manipulates young innocent girls to misuse for improper advances.

She has made her acting debut in the Lollywood romantic comedy film in 2018, “Ishq 2020” alongside Mariam Ansari, Riley Reid, India Summers, Muneeb Butt and Furqan Qureshi as lead roles. In the same year, again she appeared in the 2018 Pakistani romantic comedy film “Jackpot” alongside Noor Hassan, Sana Fakhar, Adnan Shah Tipu, and Javed Sheikh as a lead character. This film received mixed reviews from the audience on the Box Office.

Recently she played a lead role in the 2019 Pakistani drama serial “Meer Abru” which revolves around the story of Abru, a middle-class girl who tries to earn bread for her family, and an upper-class, mysterious guy, Meer, who is the owner of Muraad Industries played by Noor Hassan. The drama is aired on Hum TV.

She is a young and beautiful talented actress. Her successful dramas are proof of her great acting skills. She has earned the heart of Pakistani people for her best performances in many super hit dramas and films. Except this, she was nominated at the 3rd Hum Awards in the Best Soap Actress category for her performance in Bhool.