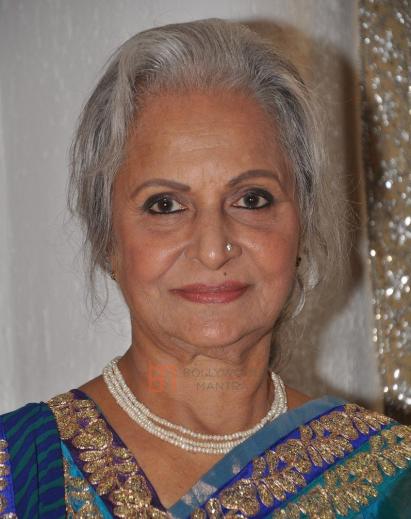 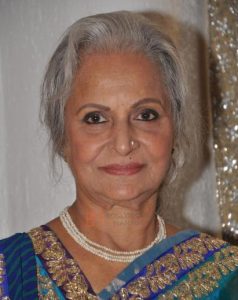 Waheeda Rehman is an Indian comedian and dancer. She is considered to be one of the most influential actresses of Hindi cinema. The actress received a National Film Award and three Filmfare Awards.  The Indian government celebrated Rehman with Padma Shri and Padma Bhushan in 1972 and 2011 respectively.

The veteran actress made her career with the Telugu film named ‘Rojulu Marayi’. It was released in the year 1955. She rose to fame after making collaborations with the renowned filmmaker ‘Guru Dutt’. She has acted in the film named ‘Pyaasa’ in 1957.
During her career life, Waheeda Rehman made an appearance in the hit movies including ‘Kaaghaz Ke Phool’ which was released in 1959. In 1960, she worked in the Muslim social film named ‘Chadhvin Ka Chand’.
Among other film credits, her major breakthrough drama is ‘Guide’ in 1965 for which she gained critical acclaim and also, she won the Filmfare Award for the category of Best Actress.

Waheeda Rehman has gained immense popularity in her career life. She has worked on many films for which she got huge plaudits.

Waheeda Rehman is regarded as one of the most popular film stars as she has been giving heart-winning performances in Hindi movies. Also, she is the winner of many awards.