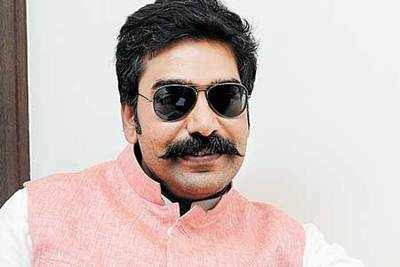 Ashutosh Rana is a famous Indian actor, predominantly working in Bollywood movies, as well as in Telugu, Marathi, Tamil and Kannada film industries. He has also appeared in a number of Indian television shows. Ashutosh Rana has also won two filmfare awards for Sangharsh and Dushman. He received these awards under the nomination of filmfare awards for a negative role.

Ashutosh Rana was born in Gadarwara, India on 10th November, 1967. He spent most his childhood in Gadarwara city, wherein he completed his schooling. He used to appear in the role of Ravana in domestic Ramleela productions. He joined National School of Drama New Delhi and started to study acting there. He has appeared in a number of theater shows with guru Satyadev Dubey.

Ashutosh Rana is married to famous Bollywood actress Renuka Neekhra. The couple has two sons named Satyendra and Shauryaman. Neekhra is a keen follower of his Guru “Pandit Dev Prabhakar Shastri” to whom he calls “Dadda Ji”. It was Pandit Dev who proposed to Rana to pursue his career in acting.

Ashutosh Rana became recognizant in Indian Cinema right after his film Dushman, wherein he played the role of a psychopathic killer. He is frequently provided roles of antagonists in films, specifically that of a killer. In a few movies he also played supporting characters. Ashutosh Rana has appeared in South Indian movies. He often appears in Mahesh Bhatt’s movies. He portrayed the role of Alia Bhatt’s Dad in Karan Johar’s film titled Humpty Sharma Ki Dulhania. He has starred in a number of Kannada movies.