Pramod Khanna is a film actor and also a successful producer. He has been working in the Hindi cinema and marked his special identity by giving amazing performances during his career. He belongs to a Hindu family and he is the brother of the well-known veteran actor, Vinod Khanna while actor Akshay Khanna is his nephew. He quite resembles his brother Vinod Khanna and that’s a reason that he featured in the movie named “Dabangg 3”.

Pramod Khanna is the most talented person who flaunts his acting and production skills. He has worked in various movies and also produced some movies. He is mainly known for the role played in the movie “Dabangg 3” which was directed by Prabhu Deva. While it features Bollywood superstars, like; Salman Khan, Sonakshi Sinha, Arbaaz Khan, Mahesh Manjrekar, and other big names are included who played vital roles in the movie and it was released in the year 2019. Before joining the industry as an actor, he has also worked as a producer and has produced a movie named “Farebi” which was released in the year 1974. Moreover, he also appeared in the movie “Dabangg 2” which was released in the year 2012. While it features the same cast including Salman Khan and Sonakshi Sinha as lead actors and it was directed by Salman Khan’s brother – actor cum director, Arbaaz Khan. Apart from acting and production, Pramod Khanna has also represented the Indian Rugby Football Union as a president.

The senior actor-producer, Pramod Khanna gained much recognition and huge acclaim during his career life. 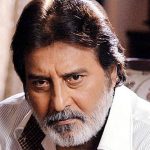 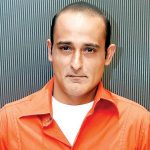