Rajpal Yadav is an uprising Bollywood comedian film actor typically recognized for his leading comic roles in Bollywood movies. He is considered amongst the most renowned Comedian Actors of Indian film industry. Rajpal Yadav is 48 years old and was born in Kundra, Uttar Pradesh, India on 16th March 1971. He made his first on-screen debut with the movie Dil Kya Kare. Rajpal Yadav was made his Debut Telugu debut movie with Kick 2 in the year 2015.

For his super hit movie Jungle, he received Sansui Screen Award for the Best Actor in a Negative Role together with a nominee for Screen Best Actor award. His movie “Main Madhuri Dixit Banna Chahti Hoon” for which he won Yash Bharati Award. He mainly performed in Bollywood movie Industry and also worked in South Indian movies. Rajpal Yadav’s net worth is $10 million and his salary INR 50 Lacs for a single movie. Rajpal joined “Bhartendu Natya Academy” in Lucknow from 1992-1994 for the sake of learning acting. After finishing his course of acting, he moved ahead to National School of Drama in Delhi.

The information regarding Rajpal Yadav’s Mother, father and Siblings is still unknown. He met his wife Radha Yadav once he went to Canada for a shoot. He married to Radha and the couple has a cute little daughter. Rajpal Yadav Is the leading fan of Aamir Khan, Amitabh Bachchan and Shakti Kapoor. His most favorite movies include Angoor, Sholay, Andaaz Apna Apna, Jaane Bhi Do Yaaron and Padosan etc. Rajpal Yadav is Hindu by Religion and He is an Indian nationality holder.

Known For: For best acting in Chup Chup K Movie 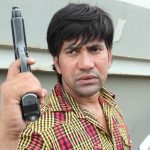 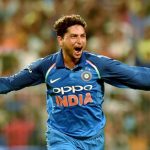 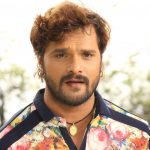 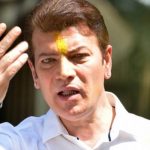