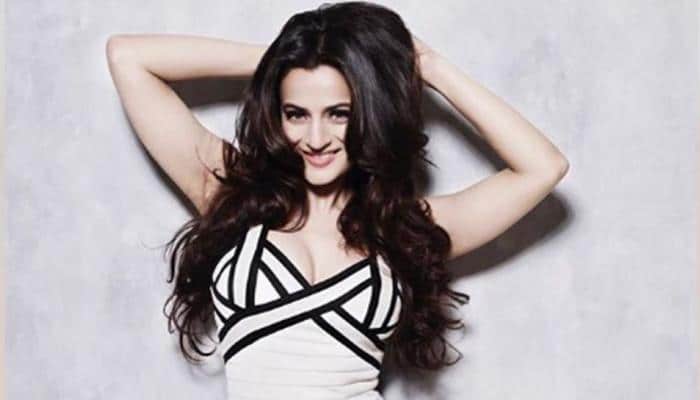 Ameesha Patel is an Indian model and model who primarily appears in Bollywood movies. She is the granddaughter of an Indian freedom fighter, former Justice and lawyer named Rajni Patel. Ameesha Patel was born in Mumbai, India on 9th June, 1976. Ameesha’s younger brother Ashmit Patel is also a well-known Bollywood movie actor and her name is a combination of last 3 letters of her Mom’s name Asha and first 3 letters of her father’s name Amit.

Ameesha Patel completing her schooling at Cathedral & John Connon High School in Bombay, and afterwards move ahead to attain a degree in Economics from Tufts University, Medford, Massachusetts, U.S.A. Once completing her graduation she worked with a finance company and also did modeling as a side work. Ameesha Patel has learned Bharat Natyam dance since her age of 5, and had also took part in numerous plays in Satyadev Dubey’s Theatre involving a play titled ‘Neelam’.

Ameesha Patel did not have any plans of becoming a Bollywood actress, though when Amit’s friend, film director and actor, Rakesh Roshan, saw her in a family lunch, he presented her the leading role for the movie ‘Kaho Naa Pyaar Hai’. Ameesha accepted this offer and luckily the movie go ahead to become a megahit blockbuster, and made her a superstar overnight.

Ameesha Patel has been the winner of four awards for her stunning performances in the movies ‘Gadar: Ek Prem Katha’ and ‘Kaho Naa Pyaar Hai’.  She has co-featured with the superstars like Sunny Deol, Akshaye Khanna, Bobby Deol, Akshay Kumar, Aftab Shivdasani, Sanjay Dutt, Arjun Rampal, Hrithik Roshan and numerous others.

Ameesha Patel dated a renowned Bollywood director named Vikram Bhatt, for more than 5 years since the proclamation of their first movie titled ‘Aap Mujhe Achche Lagne Lage’, though they had broken-up in the year 2007. Ameesha started dating a Delhi and London-based businessman named Kanav Puri after her break-up, though they finally broke up later in the year 2010.