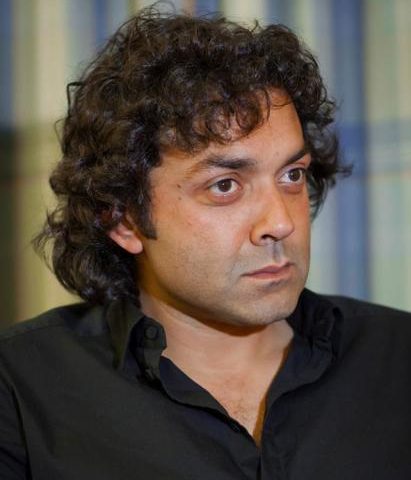 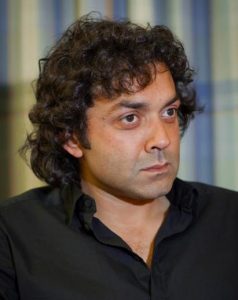 Bobby Deol, the macho yet charming hero from Deol family, was born in Mumbai, India on 27th January, 1967. He was born to Prakash Kaur and Dharmendra. His Dad Dharmendra is a legendary Bollywood actor and so is his eldest brother named Sunny Deol. The other renowned members of Deol’s family are his step-mom Hema Malini, and his sister named Esha Deol, a glamorous and promising Hindi movie actor.

Bobby Deol was born into a family with a background in Bollywood film industry, it was apparent that Bobby Deol would pursue the footsteps of his brother and father. In the year 1977, he made his first debut as a child star in the movie ‘Dharam Veer’. As a prominent actor, Bobby’s first Bollywood film was ‘Barsaat’ in the year 1995. In this movie, Bobby was starred alongside Twinkle Khanna. Bobby Deol received good acclamation for the movie ‘Barsaat’. ‘Barsaat’ also earned him Best Debut Filmfare Award in the same year. With his unkempt look and locks, dimpled smile, Bobby Deol emerged as the heart-throb of numerous young girls.

Being a Deol unsurprisingly upraised the prospects of the movie industry as well as the audience from Bobby. It performed against his rise as a superstar to a particular extent. Even though Bobby Deol’s second movie ‘Gupt’ with Manisha Koirala and Kajol was a big hit, the movies that trailed were flops at Indian box-office. After movies like ‘Kareeb’ and ‘Aur Pyar Ho Gaya’, Bobby’s next megahit movie was ‘Soldier’, alongside Preity Zinta. Movies that followed were ‘Bichhoo’, ‘Badal’, ‘Humraaz’ and ‘Ajnabi’. All these movies were thrillers and Bobby’s characters were quite cherished.

Bobby Deol decided to take an interval from action-hero genre and tried his luck as a romantic hero in movies like ‘Humko Tumse Pyar Hain’ and ‘Dosti: Friends For Ever’. Though, the viewers didn’t quite amuse with the ‘mushy’ Bobby Deol. Therefore, he returned to action hero category again.

Bobby Deol married to Tanya Ahuja and the couple has two sons named Dharam and Aryaman, A wonderful actor and an equally generous human being, Bobby comes across as a hard-working and honest actor. A few of his upcoming movies are Jhoom Barabar Jhoom and Apne. In the movie Apne, the viewers will see all three Deols, Sunny, Bobby and Dharmendra, together in real life for the very first time.