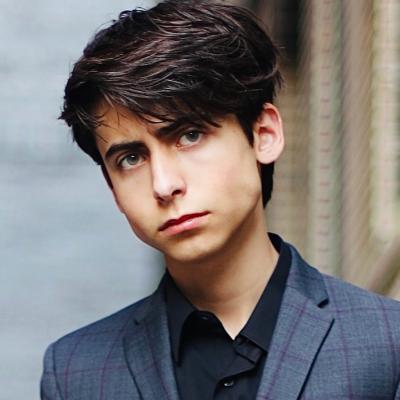 Aidan Gallagher, 16, has handled being a kid in the entertainment industry with grace. The teen actor started his professional career in 2013, and he hasn’t stopped since then.

Although his acting career has been impressive so far, he also has a number of interesting interests outside of acting. Continue reading to learn 8 surprising facts about Aiden Gallagher.

Aidan Gallagher was charged with bullying after making insensitive comments about mental health. Aidan, on the other hand, denies making the comments and claims that the account that made them was set up to discredit him.

Most people associate Aidan with acting, but that may not always be the case. He’s a gifted singer/songwriter who can also play the guitar. He has released a few original songs and intends to release an album in the near future. On his YouTube channel, he has also posted music videos. [1]

The actor is working hard outside of acting to ensure that he has a positive impact on the world. He was appointed as a UN Goodwill Ambassador when he was just 14 years old, making him the youngest person ever to hold the position.

Many people have switched to plant-based diets in recent years. For some, the decision is motivated by health concerns; for others, it is motivated by a desire to do more to help the environment. Aidan, who belongs to the second group, has decided to go vegan. He frequently uses his social media platform to spread vegan information.

Aidan may be young, but that doesn’t mean he isn’t aware of what is going on in his environment. He considers environmental protection to be one of his top priorities, and he encourages others to do the same. “Saving the planet from greed and polluters,” he says, is one of his greatest passions.[2]

6. The Role Of A Lifetime

Aidan couldn’t have been happier when he got a part of Umbrella Academy. “I get to play a 58-year-old time-traveling assassin who returns from the future to save the world from the apocalypse,” he said in an interview. This was a dream role for any teen, and it was a once-in-a-lifetime role for me.”

He has been a long-time fan of comic books. “I grew up a comic book fan and hanging out in local comic book stores, talking to the store manager and seeing what their favorites are,” he told Collider. [3]

8. Enjoys Every Moment Of His Career

Aidan is only a teenager, but he’s already had some of his biggest dreams achieved. He values every moment of his professional life and does not take any of the opportunities he has been given for granted.