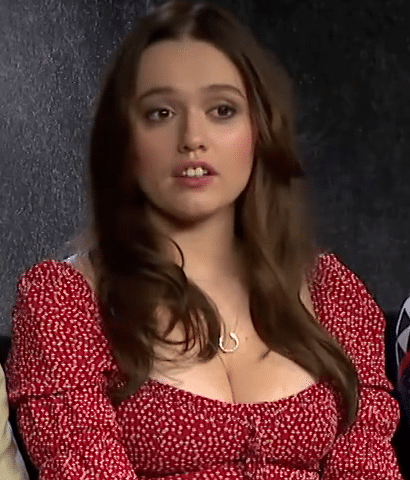 Aimee Lou Wood is a well-known English actress best known for her role in the hit Netflix series “Sex Education.” The actress has a large fan base, as well as love and praise for her acting abilities.

Apart from being an actress, here are 8 facts about her that you probably didn’t know.

During her school years, Aimee struggled with emotional issues. On several occasions, her classmates bullied her. One of her bullies used to call her ‘Bugs Bunny,’ she recalls. Despite the fact that she had never been physically abused, the bullying had a negative impact on her self-esteem.

Aimee Lou Woods has studied at a number of art schools. She began her acting career at the Oxford School of Drama. Aimee then went on to the Royal Academy of Dramatic Art, where she earned a BA in Acting in 2017.

Aimee Lou Woods aspires to be a director of films. “Phoebe Waller-Bridge”, a renowned film director known for films such as “Crashing” and “Fleabag”, is her idol. Aimee aspires to be one of the best female directors in the industry, following in the footsteps of her idol.

Aimee Lou Woods expresses her displeasure with wax buildup in her ear. She admits to having the condition, which causes her to have temporary hearing difficulties.

6. Reason To Act In Sex Education

One of the reasons Aimee Lou Wood likes to play Aimee Gibbs in Sex Education is because of her sexual experiences as a teenager. During her teenage years, she claims to have felt like a nymphomaniac. [2]

Aimee Lou Woods talks about her battle with an eating issue in an interview with Glamour Magazine. She claims that she disliked her physique since she thought herself to be overweight. This situation progressed to the point where she only ate salads and sometimes skipped meals in order to maintain her fictitious weight. But now with the help of her psychiatrist, Aimee is currently managing her condition. [3]

Aimee Lou Woods enjoys watching movies and singing. Flamenco dance is something she enjoys as well. “Asa Butterfield”, a fellow castmate, is one of her favorite performers.