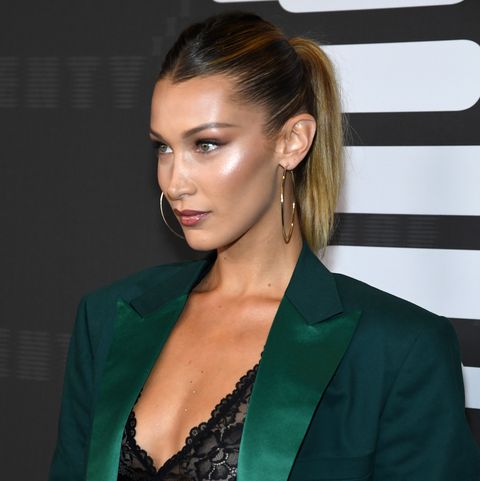 If you keep yourself up to date with the modeling world, you must know Bella Hadid very well. She is the second daughter of Mohamed and Yolanda Hadid, after the international model, Gigi Hadid.

Bella Hadid has become something of an unlikely household name, rising to supermodel status after modest reality-TV exposure and a knack for social media during the last few years. Here we are now telling you 8 hidden facts about this stunning model which you will surely love to know!

1. Looking forward to her way into the acting world

She is very vocal about her dreams and plans. She wants to explore the acting field too after her huge success in the modeling field. Maybe one day, this dream would come true!

She has a diverse family background. Her mother is Dutch while her father is a Muslim belongs to Palestine. She is Muslim too.

3. The raised voice on Palestine issue

We are sure that you don’t know this worth mentioning fact about her that she opened up about the Palestine conflict in an emotional Instagram post in December 2017. She has a strong connection with Palestine due to her family roots there.

4. Left the photography degree for modeling

Many people might not know that she studied photography degree but left after one term to pursue her modeling career.

Very few people might know this interesting fact about her that she has dyed her hair to look different from the Gigi. Otherwise both the sisters look the same.

6. A black sheep of the family

You haven’t known this hidden fact about her that she calls herself a black sheep of their happy family. She was somehow different and more casual from all the other family members of her family.

It must be an interesting fact for you that she had dreams to be in a horse riding career with children. She is an award-winning National Equestrian and hoped to join even the Olympics. But later due to the modeling, she had to quit this dream. [1]

8. Diagnosed with the Lyme disease

Most people do not know this fact about her that she was diagnosed with Lyme disease in her childhood and she is still under treatment for this disease.