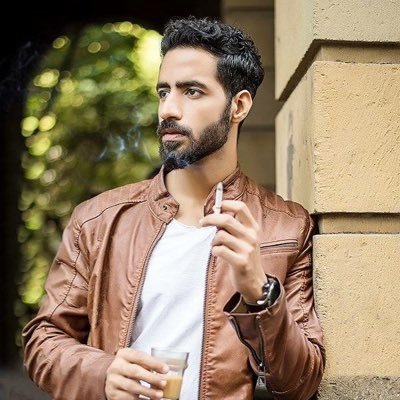 Bhuvan Arora is an Indian actor and model who has been working in Hindi cinema and has given fantastic performances. His fans can’t stop praising him for his work and constant achievements. He is known for appearing in the movies, such as; Tevar’ which was released in the year 2015, ‘Bank Chor’ was released in the year 2017, and ‘The Test Case’ released in the year 2018. Apart from acting, he has established his career in the field of modeling and did various modeling assignments on the behalf of notable modeling agencies. Well, here we are sharing some lesser things you probably did not know about him. So, let us have a look to get to know more about his personal and professional ventures!

Bhuvan Arora is a huge fan of Bollywood superstar Shahrukh Khan who is famous for his extraordinary acting prowess and expressions. The actor always learns from his seniors as SRK is his real inspiration. His favorite actress is Alia Bhatt.

Bhuvan Arora was born on 27th January 1987 in Delhi, India. He is 34 years old. His zodiac sign is Aquarius. People with Aquarius are intellectual, expert communicator, thoughtful, and charismatic.

Gymming and paragliding are some of the most favorite hobbies that Bhuvan Arora loves to do. Also, he loves watching movies and listening to music.

Bhuvan Arora is a foodie person but he takes care of his healthy diet. When it comes to his favorite cookies, he opts for cupcakes and brownies. His most favorite colors are Blue and Black.

The actor is a sports lover. Bhuvan Arora’s most favorite sport is Cricket. He loves watching and playing cricket. While his most favorite perfume is Bleu De Chanel and he often uses it.

Bhuvan Arora is an avid traveler and he loves visiting different places during holidays. When t comes to his favorite destination, he opts for Khardung La, Jammu & Kashmir, India.

Bhuvan Arora is known for portraying the best role in the most-watched Indian movie titled ‘Shudh Desi Romance’ in which he shared the screen space with Parineeti Chopra and the heartthrob actor, Sushant Singh Rajput (late).

8- Aspired to become an actor

Here you will be surprised to hear that Bhuvan Arora aspired to become a successful actor since his childhood. And following his passion, he finally accomplished his career goals and became a popular actor.