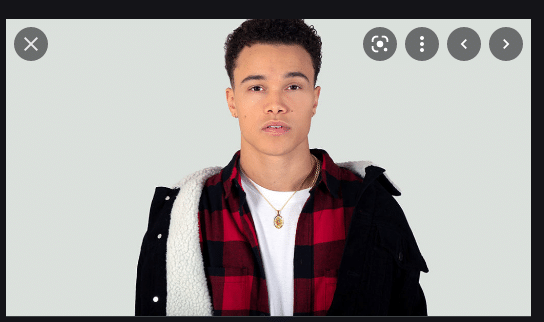 Dana G. Vaughns, popularly known as Dana Vaughns is an actor & music artist, hailing from the Pittsburgh, PA area. Currently, he is living in Los Angeles, USA. The young entertainer has the ability to win the hearts of many with his admiring acting and music skills. Yes… He is a person who is blessed with multiple talents which makes him stand out. The actor got his major breakthrough into the industry via the film named ‘Hanna Montana’. Since then, he did not look back and continued his struggle to reach the top. It is true that reaching a destination is easy but staying there with consistency is too hard. But the young, talented star has proved himself that he can do whatever he wants to do in his life. Well, his journey seems quite interesting and here we are going to share some lesser facts to know more about him. So, let us have a look!

Since the day Dana Vaughns started his acting venture, he has been a part of the most popular acting projects, such as; IM5 (boy band), & numerous TV shows & movies (Mamitas, Edge of Normal, My Music, Band Camp, Modern Family, and many others.

During his leisure time, the most talented entertainer practices music and often hangs out with his best buddies. Also, he enjoys listening to the music of his favorite singers.

Here you will be amazed to know that Dana Vaughns has been managing his both professions, such as acting and music career in a balanced way. And what’s more? Now he is a real inspiration for all youngsters and aspiring artists.

Among many music projects, some of them are popular including ‘Family Strangers’, Lovely Dovey’, and many others that are worth sharing to listen to. Even his fans and music lovers are in love with his collection.

Being a celebrated star and music icon, Dana Vaughns is an active user on all his social media platforms where he connects with his millions of followers and fans who have been his strong support system throughout his venture.

He discovered his passion when he got into the arts through dance. That was his first expression using his body or talent to tell a particular story to the audience.

7- Music is the easiest thing for Him

Once in an interview with a media portal, the young star shared that music is the easiest thing for him to jump right into. He has a piano in his house and he often practices music in his free time.

8- Biggest Influence on his Career

His parents have been the strong support system for him throughout his career as he was raised has given him an upper hand in handling decisions of his life independently. So, Yes… His parents are the biggest influences in his career life whom he idealized the most.