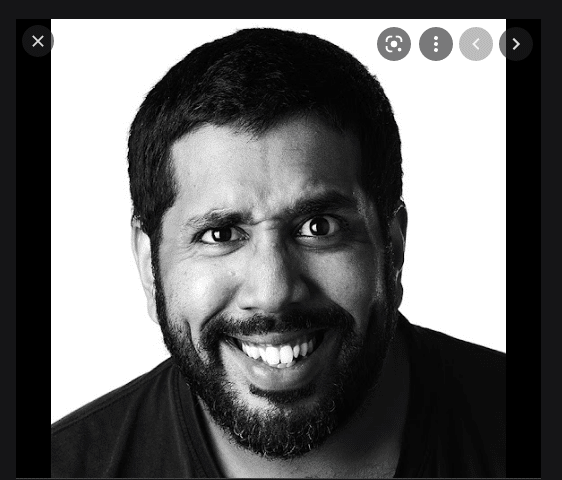 Gavin Methalaka is an actor, hailing from India. He was born in Goa, India. Other than that, he is also working as an anchor, a director, a comedian, and a radio presenter as well. He is undoubtedly a great and successful actor who has made an extensive career in multiple fields. Later, he moved to Muscat, Oman in 1987, but currently lives in Mumbai, Maharashtra, India. After completing his schooling from the Indian School, Muscat, he then joined the National Institute of Open Schooling (NIOS). And later, he joined the field of showbiz and worked in multiple fields. However, the actor has been entertaining millions of people with his greatest acting chops. Well, here we are going to share some lesser facts we have compiled for you! So, let us give it a read!

The actor, Gavin Methalaka is so popular among his fans and followers. But not many of us know that he is also known as Chubby Methalaka. We are sure you were not familiar with this name!

Gavin Mathalaka came into the spotlight through his most-watched movies including ‘KattiBatti’ which was released in the year 2015. Also, he worked in the Bollywood film named ‘The Zoya Factor’ which was among the best releases of the year 2019.

Gavin Methalaka is also a great comedian and has performed at various platforms, like; Canvas Laugh Factor and many more. Well, undoubtedly, he has worked in multiple fields and get famed for his amazing talents.

The successful actor, Gavin Methalaka is also the Improvisor at Improv Comedy Mumbai, India. Apart from this, he was a mischief partner at Mischief in Action and worked as a Senior Accountant at Wilkins Chawla.

Apart from acting in films, working as a host, actor, comedian, and director, Gavin Methalaka has been a part of Hindi Advertisements and also got sights in the Mango Frooti Advertisement.

Methalaka follows one goal in his life and that is, ‘make people feel what you want them to feel’. And this technique, he has been ruling over millions of hearts and is famous among the youth as well.

During his spare time, the actor, Methalaka loves spending his leisure time watching movies, listening to his favorite music of most favorite Indian singers, and writing as well. Once he revealed that writing is his passion.

Gavin Mehtalaka is a man who is blessed with multiple skills as he has been working not just as an actor, yet as an anchor, a director, a comedian, and a radio presenter as well. And that’s brilliant!