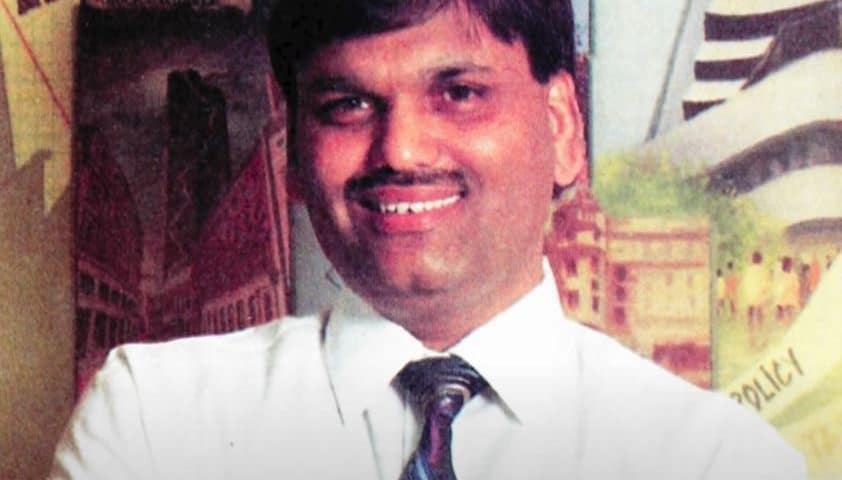 Harshad Mehta, who was born in a lower-middle-class family in Paneli Moti, Rajkot, came to Mumbai in search of a better life. The Big Bull of Dalal Street had only Rs 40 in his pockets at the time. To make ends meet in the city of dreams, he took menial jobs for the next eight years.

Greed for money resulted in India’s largest stock market scam in 1992, when Harshad Mehta, also known as the Big Bull of Dalal Street, defrauded the entire country of Rs 4,000 crore.

Here are eight interesting facts about him.

Harshad Mehta paid the highest income tax of Rs 24 crore in 1992, just a few weeks before the scam was revealed. In fact, some speculated that if Harshad Mehta had remained alive and unapprehended, he would have been richer than “Mr. Mukesh Ambani”.

He had a 12,000-square-foot lavish penthouse in Worli, as well as a fleet of rare, luxurious cars like the Lexus Starlet and Toyota Corolla. In the 1990s, many people could only dream of owning one of these.

Mehta manipulated the Sensex between April 1991 and 1992, causing it to rise from just over 1,000 points to nearly 4,500 points. This resulted in a massive scam worth Rs 4,000 crore, the largest ever planned by a single person in India. Inflation-adjusted, the scam would be worth Rs 24,000 crore.

4. Got A Staggering Surge In Market Value

In this scam, Rs 3,500 crore in bank funds were diverted to a group of stockbrokers led by Harshad Mehta. These funds were then invested in specific stocks, causing them to skyrocket by over 4,500%.

On April 23, 1992, journalist “Sucheta Dalal” exposed the scam in the columns of the Times of India. She and “Debashish Basu” co-wrote the book “The Scam: Who Won, Who Lost, Who Got Away” based on the scam. [1]

Mehta was on trial for 9 years before dying in Tihar jail in late 2001 from a cardiac arrest.

When Mehta was out on bail on June 16, 1993, he publicly claimed that he had bribed the then-Congress President and Prime Minister, “Mr. P. V. Narasimha Rao”, for Rs 1 crore to get Mehta out of the scandal case.

The CBI charged Mehta with 72 criminal counts, including bribery, cheating, forgery, criminal conspiracy, and account falsification. In addition, he was charged with over 600 civil action suits filed by banks and institutions. Mehta had duped four banks out of Rs 1,700 crore.