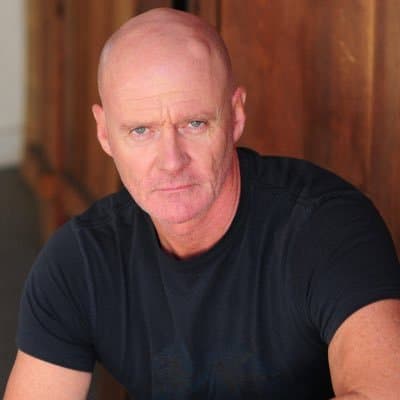 James Jude Courtney (born January 31, 1957) is an actor, stunt double, and stunt performer from the United States. Throughout his career, he has dazzled the audience with his performances.

We’ve come up with a list of 8 interesting facts about him for his fans and followers to enjoy.

Courtney wanted to be an actor since he was a child, and from fifth grade to college, he made short films. It is his childhood passion that has catapulted him to international acclaim.

Despite his desire to be an actor, he majored in journalism at the University of South Carolina in 1981 and later relocated to California to pursue his dream. In addition, he studied acting at the Royal Academy of Dramatic Art, where he was coached by “Stella Adler”.

He began his career as a tour guide at Universal Studios Hollywood before being cast as “Conan” in the park’s “Conan the Barbarian live show”. Courtney used his martial arts skills to prepare for the role, which required high falls and sword fights; he was injured multiple times during the show. Courtney met actor “Brian Thompson” and stunt coordinator “Alex Daniels” at Universal Studios, who helped him break into the stunt world.

He is best known for his roles as serial killer Michael Myers in the films Halloween (2018) and Halloween Kills (2021). Castle’s involvement in the film was widely reported in December 2017 as him resuming his role as Myers, with Courtney only doing additional work as the character. In a 2018 interview, Courtney stated that Castle’s screentime was a single cameo and that Courtney performed every scene under the mask. [1]

“Warren County” Judge-Executive “Mike Buchanon” declared October 19, the film’s US opening day, as James Jude Courtney Day, in honor of his portrayal of “Michael Myers”.  Courtney was nominated alongside “Castle” for Best Actor at the 2019 “Fangoria Chainsaw Awards” in January 2019 for his work on Halloween. [2]

Courtney is set to reprise his role in the film’s two upcoming sequels, Halloween Kills and Halloween Ends. Giving him the distinction of being the actor who has played Myers the most times.

We can conclude from his Instagram posts that he has a strong passion for racing, as he has numerous photos of himself on a racetrack. He can be seen cheering on his favorite racers.

On Instagram, he had been seen posting some adorable photos of his pets. He has a cat and a dog, both of which he photographed for National Pet Day. He is a huge lover of his pets.