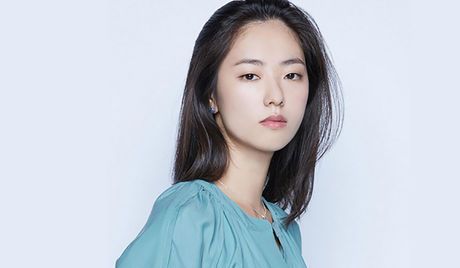 Jeon Yeo Bin may be a new face to most of us. The 32-year-old “Vincenzo” actress, has recently won our hearts with her portrayal of the sharp-tongued “Hong Cha-young in the tvN series. She already has a lengthy resume in the K-drama industry.

With glowing endorsements from both co-stars “Song Joong Ki” and “Ok Taecyeon”, it’s clear that this rising leading lady is the new name to keep an eye on. Here are eight facts about Jeon Yeo Bin that new fans should be aware of:

8 Things You Didn’t Know About Jeon Yeo Been

Yeo Bin graduated from Dongduk Women’s University with a degree in Broadcast Entertainment. The actress was a hardworking star student. She took advantage of every class the school had to offer, and even sat in on lectures she wasn’t enrolled in. [1]

Yeo Bin began acting seriously only after graduating from university. Her first act was in 2015 for a short film called “The Best Director”, which she got after actress and director “Moon So Ri” who approached her personally.

Yeo Bin got to show off her acting skills in the mystery drama film “After My Death”. Her name was put on the map as a result of the role, which earned her several acting awards and nominations. At the 22nd “Busan International Film Festival”, she was named “Actress of the Year”.

Despite having appeared in more films, Yeo Bin’s only TV credit two years into her career was for a supporting role in the 2017 OCN drama “Save Me”. It would take her another two years before she was cast as the lead in the romantic comedy “Be Melodramatic”, which was released in 2019.

Yeo Bin, who debuted in the acting world in her late twenties, refused to take any chances. In the same Elle interview, she revealed that she once promised to give up acting if she couldn’t make a living by the age of 30.

Yeo Bin prefers a calm and quiet lifestyle, despite her outgoing personality in interviews. When asked what gives her energy a boost, she said she goes for walks or drinks a cup of coffee. Even washing dishes is a source of great pleasure for her.

7. Hopes To Be Remember For “Hong Cha Young”

It’s no secret that “Hong Cha Young” of tv series “Vincenzo” is Yeo Bin’s most significant role to date. Knowing this, Yeo Bin expressed her desire to be recognized for her role as “Hong Cha Young” in the future during a press conference. [2]

Yeo Bin’s “Vincenzo” co-star, “Ok Taecyeon”, praised the actress in a recent interview with 1st Look Magazine. He stated “She quickly grasps the director’s instructions. I kept picturing her like a sponge. She’s cool and attractive, you know.”[3]