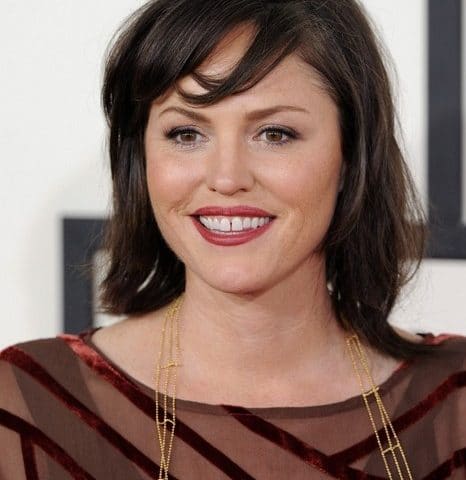 Jorja Fox is a well-known actress who has appeared in numerous television shows and films. Since she’s been on three major shows and has been around long enough to have been a guest star on others and been in more than a few projects that have helped to elevate her career, it appears that television is where her biggest successes have come from.

Jorja, along with the rest of her cast, is one of the reasons why the shows she’s been on have been successful. It’s not the same if you take one away. Here are a few facts about her that you might not know.

To be more specific, she was a co-founder of Honeypot, a production company. They’ve been around for a while and specialize in producing plays.

2. Discovered In A Model Search

Jorja was discovered in a local mall model search and given the chance to show what she could do. From that point forward, it was clear that modeling was her calling, at least until she found her way into acting.

3. Fired And Then Rehired To CSI

Jorja was fired for refusing to sign any paperwork stating that she would return to work, and George Eads, a coworker, was fired the next day. Thankfully, they were both rehired within a week. [1]

4. A Purse Named After Her

She has a purse with her name on it. Matt & Nat is the brand name of the purse, but she does have a purse named after her that is completely vegan. Knowing that someone took their name and put it on a product in some way, shape, or form has to make a person feel good.

5. Have Nightmares After Reading CSI Script

After reading the CSI scripts, she used to have nightmares. Given that the show dealt with some truly heinous crimes, it’s easy to see how the scripts could give anyone nightmares, especially since it wasn’t the type of show you’d let your kids watch all the way through.

Fox is a Human Rights Campaign supporter and has been a dedicated vegetarian since the age of 19, working with PETA to promote vegetarianism and ADI to bring attention to the suffering of circus animals. [2]

Fox is a musician who plays the guitar (badly, according to her) and owns a drum set. She sings and writes songs, including “Lullabye,” which she wrote for the film “Traveling Companion”, and “Satellite,” which she released on her official website.

Fox appeared in the Lifetime sitcom Drop Dead Diva as a guest star, which aired on August 16, 2009. Her character in the episode was a soccer mom with a criminal past.