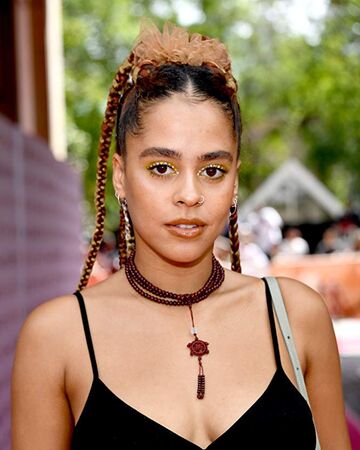 Born to singers David and Carrie Grant on 16 December 1994, Olive gray is an English actress, musician, and poet popular for her role as Mia Stone in the T.V series Half-moon Investigations. She has worked in different movies and T.V series such as The Story of Tracy Breaker in 2006, Home from Home 2018, Sex Education 2019, Save me 2020. She has graduated from London’s Guildhall School of Music and Drama. Well, undoubtedly, she has proved herself the best star as she has been constantly giving heart-winning performances. Here we have compiled some lesser facts to get to know more about her life and ventures. So, let us have a look!

The stunning star, Olive Gray is a slim, average height, olive-skinned girl with bushy, curly brown hair and chocolate brown eyes. There is no doubt that she looks adorable!

Her parents are the famous judges of the talent show Fame Academy. Her parents were made the member of the Order of British Empire (MBE) by Queen Elizabeth II. Her mother is also a regular reporter at BBC television programs. She has three siblings all of whom are neurodivergent.

Olive was diagnosed with Attention Deficit Hyperactivity Syndrome when she was 18 years old and since then she has been working to raise awareness for the disease and lobbies for government help for supportive policy changes.

According to Olive, she found her love for writing when she traveled to Rome alone after a breakup from a serious relationship. She traveled alone from one city to another and meanwhile wrote around 10 poems a day. She discovered her creative side during that time.

Initially, Olive was not sure of her singing talent. Her music career started when she played Jazz in a club by chance. Since then, she believes luck chose her every time to play whenever she put her name down for singing in a Jazz event.

6- Role as Grace in Save Me

Olive believes that Grace was the most difficult character given to her as she portrays the role of a victim of sexual trafficking. For her role, she talked to women who had suffered from sexual trafficking and people who have lived in foster homes to try to understand Grace’s character.

Olive is shooting for her upcoming project Halo which is a T.V series based on video games. She will be playing the role of Dr. Miranda Keyes and will be released in 2022.

Olive is neither heterosexual nor is not cisgender and uses they/them pronouns which is used for people who do not identify as male or female.