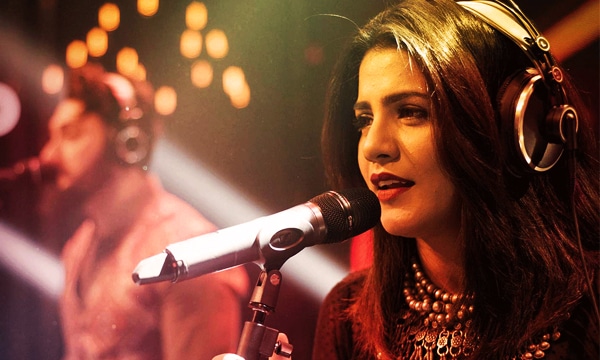 Quratulain Balouch is an Iranian-born Pakistani American singer-songwriter, aka QB this wonder woman became famous for her title track Who Humsafar Tha in Hum TV serial Humsafar. Balouch grew up listening to Nusrat Fateh Ali Khan, Mohammad Juman, Pathanay Khan, and many famous singing personalities, her taste in music gave her the chance to mold her bold and melodious voice into singing. Well, she made a special place in the hearts of her fans and music lovers. Today, we are sharing some unknown things you probably did not know about her.

Qurat-ul-Ain took the start of her singing career without any formal music education, she sang her first song that was Reshma that is Ankhian Nu Ren De in 2011. This way QB earned love and fame all over the world.

She came to be known when she was featured in Coke Studio with Jal for the song ‘Panchi’, also she rose to fame after her award-winning performance of ‘Woh Humsafar Tha’ for the 2011 drama serial Humsafar.

In 2012, she represented her country in a live performance with the BBC Philharmonic Orchestra, she made her debut in Bollywood with the song ‘Kaari Kaari’. She decided to be a singer at the age of 12.

4- Does not have a musical family background

It is a surprising yet true fact that Baloch was born in Iran, Her father is a Persian and her mother a Multani. She does not come from a family of musicians, it’s her natural talent that showed her the heights in her short career.

In the year 2013, she met with a car accident that took place when she was heading toward the airport to board a Dubai-bound flight. The driver hit her car from the rear and the collision was so immense that her car flipped 180 degrees onto its roof.

Qurat-ul-Ain Baloch performed a cover of Coldplay hit song Every teardrop is a waterfall at the Music Latte 2014 which garnered her international views and appreciation from all over the world.

Her voice in the Hindi Film Industry in India with Amitabh Bachan starre Pink, with the song Kaari Kaari, for which she got a nomination in the Filmfare Awards under the category, Best Female Playback Singer, in 2017.