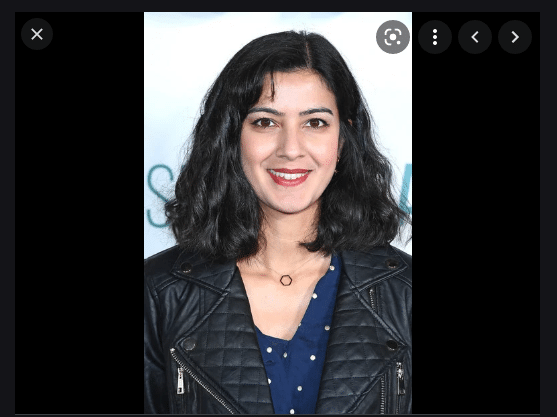 Rakhee Thakrar is a British professional actress. She was born in Leicestershire, in the East Midlands of the United Kingdom. She pursued her higher education from Soar Valley College located in Leicester. Later, she became a part of a theatre club in that same county, called Hathi Production. The 37-year-old actress rose to prominence through her role in a British soap opera as Shabnam Masood. The actress has now achieved worldwide recognition as the character Emily Sands, in a popular British teen comedy television series called, Sex Education. Here we have compiled some lesser facts to get to know about the gorgeous lady. So, let us have a look!

Rakhee Thakrar was born on a leap day on the 29th of February 1984. Her zodiac sign is Pisces, and people with this star sign are known to be the most sympathetic of all other signs.

2- She has Indian Parents

Although Rakhee was born in a county of England, her parents are not British. She was born to migrated Indian parents. Rakhee has two sibling icluding a sister named Reena Thakrar, and a brother named Niraj Thakrar who is a boxer as well as a business consultant.

3- She worked in a British Radio Soap Opera

Rakhee was a part of a BBC Asian Network’s drama called Silver Street, in which she played the role of Roopa Chauhan. This was the very first show created about the South Asian British people.

Rakhee’s first ever appearance in a television series was on 25th of March 2006 in a British tv film called Banglatown Banquet. The series is based on a woman from Bangladesh who gets cheated by her husband.

5- She is an ambassador of a charity organisation

Rakhee’s phenomenal performance as Shabnam in East Enders made her an ambassador of for the still birth children in a British charity organisation called Sands.

6- She worked as a journalist for a British Newspaper

Rakhee was among twenty journalists who got selected for a special scheme organised by Leicester Mercury Newspapers in 2014. The idea was to create content related to their own communities for around ten months.

Rakhee owns a super adorable black and white pet cat named Whiskoz. She has posted plenty of photos of her cat on her social media.

8- She is married to Vikash Bhai

Rakhee got married to Vikash Bhai on the 2nd of September 2017. Vikash is also an actor who has Indian parents. He is mostly popular for a comedy film called Limbo, and a television series named The Stranger.