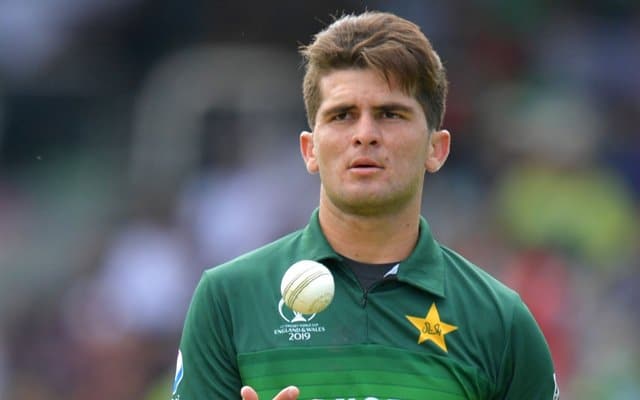 With the rise in popularity of Twenty20 leagues around the world, and some players even choosing to play for franchises over national sides. Pakistani fast bowler Shaheen Afridi is also chosen to prioritize his international career.

With his rising popularity, you may be interested in learning some hidden facts about him that we’ve compiled.

Shaheen Afridi is a Pakistani fast bowler who plays for the Pakistan Cricket Team in international matches. The young and ferocious paceman is capable of consistently bowling in the high-140s (kmph)

2. Encouraged By His Brother

Riaz, Shaheen’s elder brother, who played a test match for Pakistan in 2004, sparked his interest in cricket. Riaz was the one who recognized his talent as a fast bowler and taught him the fundamentals of fast bowling.

Shaheen took part in his first-ever selection trial for the Federally Administered Tribal Areas under-16 regional cricket team (FATA). Shaheen, a 15-year-old bowled with a hardball for the first time and was later inducted into the FATA under-16 cricket team.

Following his selection in the FATA team, Shaheen was called up to the PCB’s regional under-16 tournament. There he took 12 wickets and finished as the tournament’s leading wicket-taker.

He rose through the ranks to join the Pakistan National Team in 2018, only three years after being introduced to professional cricket. Shaheen Afridi was chosen to play for Pakistan’s under-19 cricket team at the age of 16, even before making his first-class debut.

Interestingly, Shaheen had a strong interest in football as a child, in addition to cricket. Perhaps it’s because his cousin, “Yasir Afridi”, is a professional Pakistani footballer who represented his country in the 2010 Asian Games.

Although Shaheen has made a name for himself as a talented fast bowler in international cricket, he was about to exit a year before making his international debut in 2017. He considered giving up after a string of poor performances for Lahore Qalander in the Pakistan Super League: Season 2017, but he changed his mind.

In 2019, Shaheen sparked outrage when he allegedly made a racist remark to a Pakistani journalist during a post-match press conference. When a journalist in the audience asked him a question. [1]