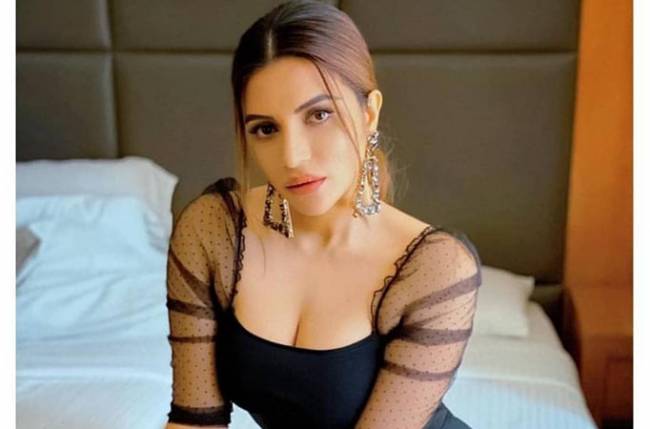 Shama Sikandar is an Indian actress who was born on 4th August 1981, in Makrana Rajasthan the daughter of Gulshan a housewife, and Sikander Gesawat who was a Marble supplier now practices Ayurveda. At the age of 9, her family moved to Mumbai, Maharashtra. She has mentioned in her several interviews that her early life in Mumbai was extremely difficult, even commenting that at times there was no food to eat for the family. She has been recognized for her lead roles In TV series like Yeh Meri Life Hai and many web content short films.

Shama Sikandar took the start of her career on the big screen with small parts in Prem Aggan 1998 and Mann 1999 then landing a supporting role in the film Ansh. While she worked alongside Fardeen Khan in the debut film named ‘Prem Aggan’ which was released in the year 1998.

2- She did not get success

Quiet a difficult journey for shama in the education field, moved to as many as 9 schools in her early life in Makrana and in various parts of Mumbai. Later on, enrolled in the acting school of Mumbai in 1995. She then acted in few films but she did not get much success.

4- Launched her own Production House

Her sex appeal has been highlighted in many sources, she is the most talked-about focusing on her fitness regimen, diet, and style sense. She was titled Hottie of the Month by Perfect Woman Spotlight in Maya 2013 and Zing Magazine Travel Diaries in March 2013.

She additionally has appeared in print and on the ramp supporting various notable fashion labels and designers including Manish Malhotra and Shaina NC, Neeta Lulla, Nisha Jamval as well as her own brand Saisha.

Shama Sikandar practices Power Yoga, Kickboxing, and dance on a daily/weekly basis, she commented fitness has always been an integral part of my daily routine for at least an hour.