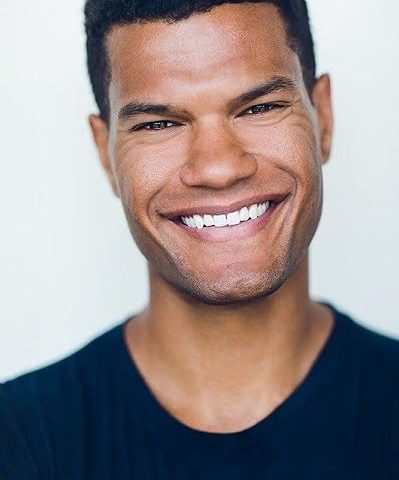 A charming, handsome, an-award-winning actor, narrator, Sullivan Jones originally comes from San Francisco Bay Area where he was born and raised. He studied at High School where he played basketball and studied. After completing his formal education, he studied theatre at Brown University for two years. He wanted to become a successful actor and pursuing his dream, he decided to study acting and theatre to hone his acting skills. Following this, he then studied at San Francisco’s American Conservatory Theatre and the UCLA School of Theatre, Film, and Television. Well, the actor gradually proved himself the best actor and finally, achieved his career goals and became a successful actor in the industry. His career journey sounds interesting! And to know more about him, here we have compiled some lesser facts. So, let us have a look!

In 2011, the actor, Sullivan Jones got nominated for a Bay Area Theatre Critics Circle Award for his outstanding performance in TheatreWorks’ World-premiere production of Dan Dietz’s play, ‘Clementine in the Lower 9’.

The actor has achieved a lot in his career life by putting his efforts into his career. And here we are going to share another big achievement of his life. Yes… It is incredible to know that he is the winner of the 2011 Princess Grace Award.

Not many people know that Jones is a well-educated and well-trained actor. Yes… Sullivan Jones holds a degree of bachelors from the UCLA School of Theatre, Film, and Television.

Everyone has different hobbies but here we are telling you about your most favorite star’s hobbies. And you will be surprised to know that Sullivan Jones loves recording audiobooks and being a narrator, he is good at it. After moving to New York, he got the narration of the Joe Ide Book IQ.

In an interview with a media portal, the actor-narrator shared that he is a sports lover. He grew up playing sports, such as; basketball and baseball. He played basketball in his college and took part in various competitions.

6- Learned to Play the Violin

Sullivan Jones appeared in the New York Theatre Workshop’s production ‘Salve Play’ directed by Jeremy O. Harris in which he appeared as Philip. For playing the role, Jones learned to play the violin and it was a brilliant experience.

Sullivan Jones loves narrations as he is fond of recording audiobooks. Once he shared the reason behind this, he shared that when you record an audiobook, you play 20 or 30 characters. And he enjoys it the most.

Sullivan Jones is a multi-talented star as he is famous not just for his outstanding acting prowess, yet a well-praised narrator who loves recording audiobooks. And that’s so inspiring!