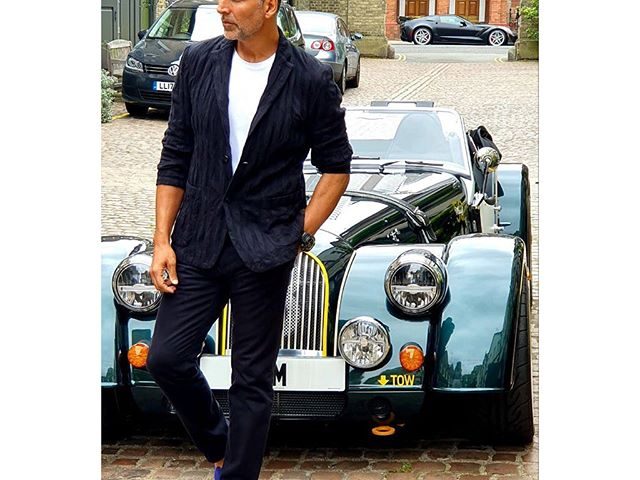 One of the household names of India and the Bollywood famous actor, Akshay Kumar. He is also known as Khiladiyon Ka Khiladi. Akshay was born in Amritsar in a Punjabi family, India grew up in the Chandni Chowk of New Dehli, went to Thailand and currently live in Mumbai. His father was an army officer, Hari Om Bhatia and his mother was a household, Aruna Bhatia.

The birth name of the handsome actor

The handsome actor was born as the birth name of Rajiv Hari Om Bhatia. Initially, Akshay Kumar was his stage name that clanged to our beloved actor and eventually became the global recognized super star’s real name in front of his fans.

It might come as a surprise to you but, In case you were wondering

Akshay is an Indian-born Canadian citizen, as many of his fans might believe that Akshay is an Indian citizen but actually he does not has Indian nationality. Akshay is an Indian-born Canadian. It was declared when he was shortly detained in the Heathrow Airport, the UK for flying to without visa but the uncertainty was cleared very soon. As he was traveled on his Canadian passport because the Canadians Government allows its citizens to visit the UK for only 90 days without a visa. Akshay picked the Canadian nationality over Indian, as India does not allow the dual-nationality.

Akshay dropped out his college for the pursuit of learning the Martial Arts in Thailand. He learned a professionally Martial Arts for five years in Bangkok where he became an expert in Thai boxing and Muay Thai. The superstar has won the black belt in Taekwondo. It might be thought that Akshay’s perfect leg-split in his film is camera editing. But in actual it was his real performance as he is a perfectly legit martial arts professional. Akshay has a black belt in Taekwondo and he learned in Bangkok.

Akshay is also one of the best Chef

During his stay in Bangkok, he worked as a waiter and eventually a chief in one of the five-star restaurants of Thailand. As his father cannot arrange as much many to pursue his martial arts learning. Therefore he also did this job on the side.

Twinkle Khanna is the first sight love of the Bollywood heartthrob actor Akshay Kumar. He fell in love when he saw the beautiful actress during a photo session for the Filmfare awards. Then he decided to marry her. They come closed after their acting in the film “International Khiladi” opposite to each other. It is reported that Twinkle Khanna committed to Akshay that she would marry to Akshay if her upcoming 2002 film “Mela” will be a bomb on the box office. Luckily, it did and Twinkle fulfilled her commitment. The couple got married in 2001.

Akshay dropped out his college but he has a Ph.D. Degree

Yes, it is true the talented actor holds a Ph.D. degree which is a well honorary degree that was awarded to Akshay by the Canadian University, the University of Windsor for his remarkable struggle to recognize his contribution to the Bollywood.

One of the rich actor of the World

Kumar is considered one of the most commercially successful actors of the Bollywood and has remained the highest-paid actor of the Indian cinema for a long. He has starred in 111 Indian films since the 1990s, of which 52 were commercially successful. Broke the record and was the first-ever Bollywood actor whose films domestic net lifetime collections crossed by US$290 million in the year of 2013 and became approximately double, which was US$430 million in the year of 2016.

The actor has two children

Akshay has two children, a son whose name is Aarav and a daughter whose name is Nitara. He is very possessive and caring for both the children and keeps apart them from any media person.