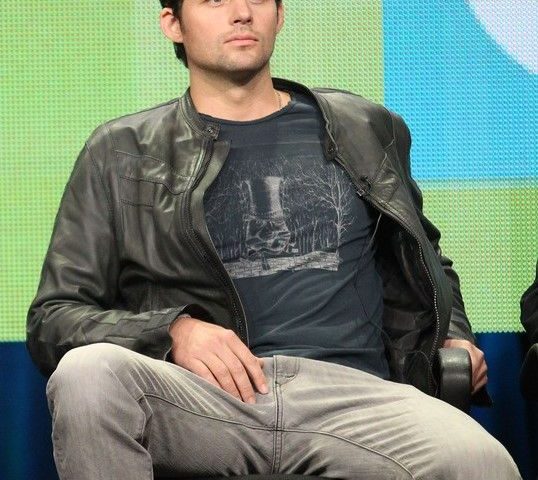 If you are an avid Hollywood lover, you must know Kristoffer Polaha. He is an American actor who is known for his starring roles on television as Jason Matthews in North Shore, Nathaniel “Baze” Bazile in Life Unexpected, and Henry Butler in Ringer.  Polaha also appeared in 6 Hallmark movies and a 4-part series of Hallmark Movies & Mysteries movies.

We are quite sure that there is still a lot for you to be known about your favorite celebrity so we have gathered 8 interesting facts about Kristoffer Polaha that will surely amaze you!

You must want to know what is his next project so we are here, telling you that secret that he is going to appear in Jurassic World: Dominion shortly, according to his Instagram. So don’t say you know it before!

It won’t be wrong if we say that he is a social media freak! He loves to remain in constant contact with his fans through social media. About 57.6k+ people are following him on popular social networking site, Instagram.

Another hidden fact about Kristoffer Polaha is that he had a great interest in sports in his early youth. You will be surprised to hear that he completed the Honolulu Marathon in 2004.

4. His rich background in theater

Very few people might know this hidden fact about him that he started his career in the theater. His famous theater plays include Ragtime Revue at Lincoln Center, Long Day’s Journey Into Night at Roundabout Theater, Bread and Butter at Provincetown Playhouse, and Richard III at the Stella Adler Conservatory.

Very few people might know this interesting fact about him that he has admitted to being a paternal person and protective of Britt Robertson, who portrayed his on-screen daughter on The CW series Life Unexpected. So don’t say you know this fact before!

6. Wants to do only family-friendly movies

It must be a worth-mentioning fact about him that he values his family a lot. He is leaning into Hallmark because according to him, it’s fun to sit with his seven-year-old and show him what he does for a living.

7. Tom Hanks and Jimmy Stewart are his ideal!

He wants to be in the same boat as Jimmy Stewart, Tom Hanks because these guys were great at their craft. He wanted to be remembered like them and left his legacy like them.

8. His NDE made him a believer again

Many of you might not know this fact about him that he was practicing Christian then left his religion but a Near-death experience made him become a believer again. [1]