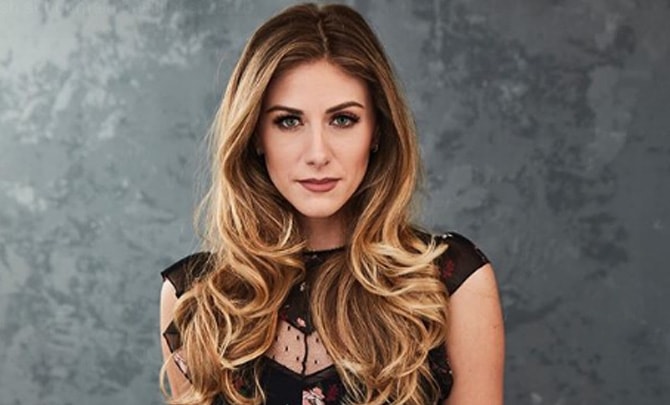 Perry Mattfeld is a well-known American actress who has appeared in a number of popular television series. She ranks alongside Julia Roberts and other well-known celebrities on the list of the most popular celebrities.

Fans want to know everything there is to know about her. Here are eight facts about Perry that you probably didn’t know but might be interested in learning about.

Perry Mattfeld got off to a good start in her career, but she didn’t start out as an actress in the entertainment industry. She was originally a ballet dancer who spent just over a decade exclusively performing ballet before being introduced to other forms of dance. [1]

2. Her Father is A Lawyer

Perry Mattfeld is the daughter of a well-known attorney named “Kenneth Mattfeld” in the Los Angeles area   He was a member of several different law firms in the area earlier in his career, and he attended “Loyola Law School”.[2]

Perry Mattfeld was a cheerleader, which should come as no surprise to her fans. She simply has that all-American girl appearance. When she was a student at the University of Southern California, she was a cheerleader. She was also named Cheerleader of the Week by “Sports Illustrated”.

Perry’s acting career was progressing, but it was a little slow at first, so she needed to fill in the gaps and pay the bills. She took an interest in modeling for a while, but it was merely a side gig for her.

Perry Mattfeld is also a bilingual individual. While some of us struggle with learning just one language, she excels at learning two. She is bilingual (English and French).

6. Thoroughly Prepared The Role Of “Murphy”

Perry didn’t take any risks when it came to preparing for her role as Murphy in the TV show “In the Dark.” She explained that when she looked over the character, she was drawn to it because it was something she had been trained to do in college, but that there would be a lot more to learn in the process. [3]

Perry has worked in the entertainment industry since she was five years old, and her resume is impressive. Her personal net worth was estimated to be between $100,000 and $1 million in the 2017-2018 year. Her acting career has provided her with the majority of her wealth.