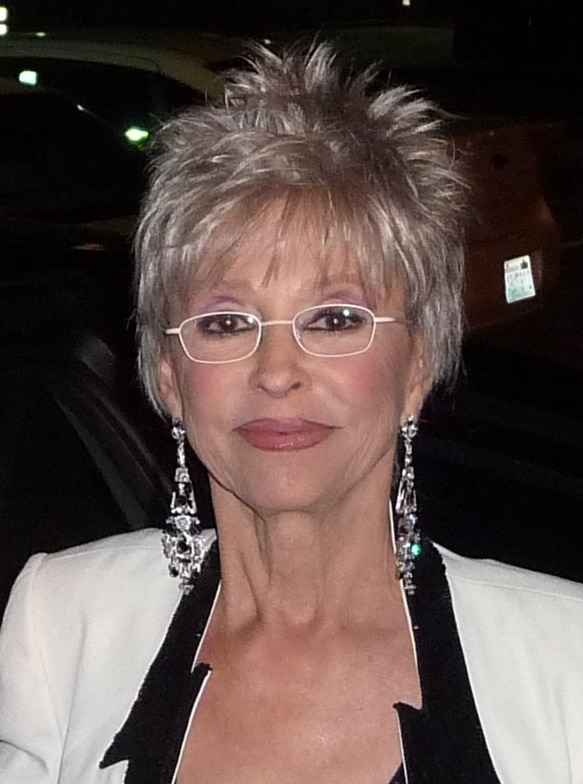 Rita Moreno has a seven-decade career as a stage and screen actress. She’s an award-winning singer, dancer, and actress, and she’s lived such an incredible life that condensing this post to just 8 facts about her is difficult.

You may already be a die-hard fan, but here are 8 interesting facts to know before you go.

Rita and her mother moved to New York after her parents divorced. “Edward Moreno” was her mother’s second husband.

She was the first Latina to receive an Academy Award nomination. She has also received six Emmy nominations and two wins, as well as a Grammy and a Tony Award.

3. Awards that Go Beyond the Screen

Moreno’s inspirational success has no bounds! She has paved the way for Latinos in the entertainment industry as the first Hispanic actress to win an Academy Award. President “George W. Bush” presented her with the “Presidential Medal of Freedom” in 2004. “The National Medal of Arts” was presented to her by President “Barack Obama”. [1]

She has a slew of awards to her name. She is one of only 15 artists to have earned the coveted “EGOT”. And has won an “Academy Award”, an “Emmy Award”, a “Grammy Award”, and a “Tony Award”. Oh, and she’s one of only 23 people in the world to have won the Triple Crown of Acting, which includes individual competitive Oscar, Emmy, and Tony awards for acting.

When she was only 13 years old, she made her Broadway debut in November 1945 in “Skydrift”, opposite Eli Wallach.

Moreno did not prepare a speech because she believed “Judy Garland” would win the Best Supporting Actress Oscar for “Judgment at Nuremberg.” I can’t believe it!” she exclaimed, referring to her film “West Side Story”. “Oh, my God! That is all I have to say about it.”

7. At Risk of  Osteoporosis.

Although, She works out regularly, lifts light weights to maintain her slim figure, and, of course, dances. Despite all of her efforts, she is still at risk for osteoporosis which she revealed in an interview. [2]

As she is a Puerto Rican therefore she doesn’t know speaking English. After shifting to Newyork she take English lessons from elementary school and quickly learned English.