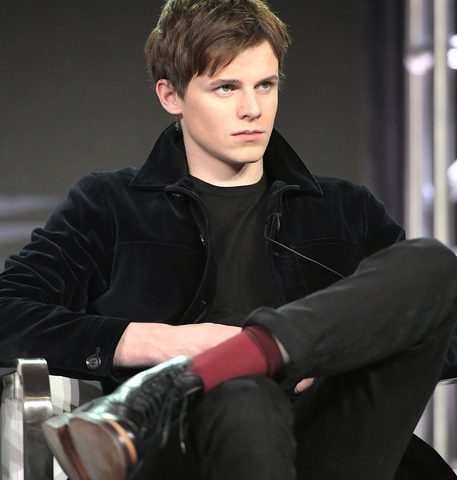 Ruairi O’Connor has less than a decade of professional acting experience, but he’s far from a newcomer. Since his debut in 2012, he has been cast in a number of significant roles.

While most of his notable work has been on television, that is about to change. Despite the fact that he is not from the United States, he is fully prepared to play the legendary American music star in his upcoming film “Clear Lake.”

You’ll probably be interested in knowing some unknown facts about him after hearing the news of his upcoming role, which we’ve discussed below.

1. Connection To His Role As King Henry VIII

Ruairi was born to play King Henry VIII. The proof is right there in his name. According to Name-Doctor, the name Ruairi means “red-haired king.”[1]

It’s always a good idea to put in as much effort as you can, no matter how good you are at something. After all, talent can only get you so far. As a result, Ruairi decided to attend “Trinity College’s Lir National Academy of Dramatic Art” in Dublin to help him advance his skills.

3. Participant Of Black Out Tuesday

When racial tensions in the United States reached a boiling point, and people all over the world were watching as people across the country protested to put an end to racism. Ruairi took part in a virtual protest called “Blackout Tuesday”, which was created as a way for people to show solidarity through social media.

4. Not A Social Media Addict

Ruairi isn’t a big fan of social media. He appears to have only one verified account on Instagram. He admits in one of his posts announcing his casting as “Buddy Holly” that he isn’t the type to post “much of anything.”[2]

If there’s one thing we know about Ruairi aside from the fact that he’s a fantastic actor, it’s that he adores dogs. He appears to have two furry friends with whom he spends as much time as he can.

The on-screen chemistry between the cast members is one of the factors that contribute to the success of any good show. In fact, chemistry is one of the main reasons Ruairi was cast as “Henry”. During an interview, he and his co-star, “Charlotte Hope”, both stated that their chemistry has been natural since the first time they read lines together. [3]

Ruairi appears to value his privacy at this point in his career. He hasn’t given many interviews, and his social media presence reveals little about his personal life.

Celebrities almost always hire professional stylists to dress them for public appearances. Ruairi, on the other hand, appears to have a knack for dressing himself. When interviewed on the red carpet at the 2019 “TCA awards”, he revealed that he dressed on his own for the occasion. [4]