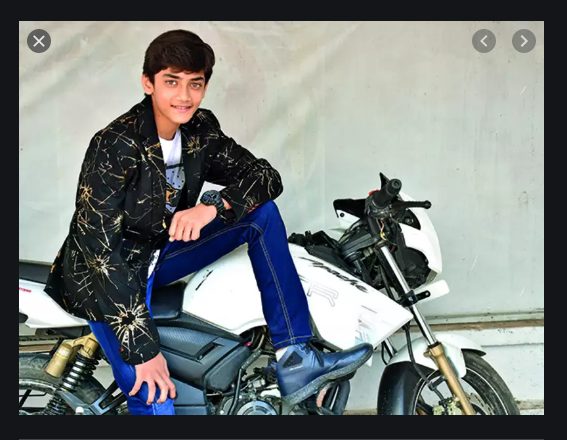 Rudra Soni is an Indian child star who works in the Bollywood film industry and gave fantastic performances in many films, such as; ‘Bajirao Mastani’, ‘Tumbbad’, and many others that are worth sharing to watch. Apart from this, he has also worked on the small screen and known for appearing as Manav Dagli in the serial ‘Baal Veer’ which aired from 2012 to 2016. However, the little boy has achieved much fame in a short period of time and looking forward to getting more opportunities in the future. Here we have some unknown things you probably did not know about.

Rudra Soni is the most talented actor and gave amazing performances in many films, but he is best known for his appearance in ‘Laal Kaptaan’ and ‘Bajrao Mastani’.

Rudra Soni is active on all his social media accounts particularly on his Instagram account where he interacts with his fans and followers.

Many people have habits to collect some weird things, like; Rudra Soni is fond of collecting fidget spinners as he loves to play with them.

Rudra Soni was honored with the award for the best performance in the ‘Baal Veer’ and it was his first award whom he loves the most.

In one of his interviews, streamed on YouTube, Rudra Soni revealed that his first award always motivates him whenever he feels disappointed.

One of his most favorite stars is Ranveer Singh with whom he has worked in the movie ‘Bajrao Mastani’ in which Deepika Padukone also appeared as a lead.

Among various indoor and outdoor games, Soni prefers to play with Fidget Spinners as he is fond of them.