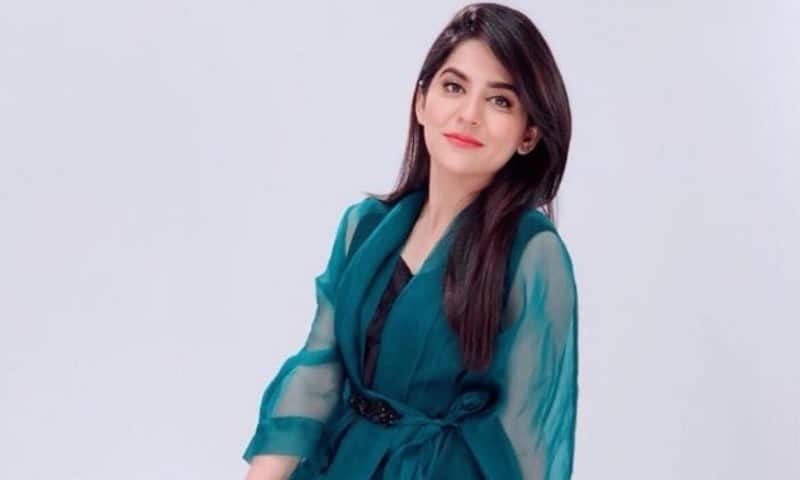 Sanam Balochis a Pakistani Actress and tv presenter born on 14 July 1986 in Karachi Sindh, Pakistan. Sanam has hosted various tv shows such as Sanam Small R0oom on KTV and the morning show on Samaa Tv. As an actress, Sanam Baloch has starred in critically acclaimed drama series such as Dastaan and Durr-e-Shehwar. Sanam’s remarkable work and acting have earned her successful fame in the Pakistani Industry. Apart from this, she has worked in superhit serials, like; Khaas, and others that are worth sharing to watch. Well, to know more about her, let us have look at her exciting journey as an actress and host.

Baloch began her career as a talk show host anchor in the Sindhi Television channel KTV. She appeared in Fahad Mustafa’s long play Kaalaq. She has also performed in Urdu and Sindhi language music videos.

Sanam Baloch completed her early education in Karachi and higher education from the University of Karachi. After joining the field of showbiz, she rose to fame after making appearing as a host on the most-watched television show ‘Sanam Small Room’ for which she became popular.

Sanam hosted the morning show Morning with HUM on Hum Tv but then moved to Samaa Tv for a morning show Subha Saveray Samaa Ke Saath.

Sanam married Abdullah Farhatullah 2013 who also hosts a show on Samaa TV farhatullah is a singer, songwriter, and host. They had met while working for Samaa Tv and had been good friends for a long time. 2018 Baloch confirmed that she and Abdullah have separated.

The gorgeous actress Sanam Baloch who belongs to a Sindhi family has acted in Pakistani films like Bin Roye and Balu Mahi and many others were offered to Sanam Baloch.

The actress canceled the contract with Hum tv in lieu of her morning show with ARY News and her wedding. Later, she started working with ARY News Channel where she got many opportunities to work.

Sanam Baloch played a role in the women’s rights drama Kankar with Fahad Mustafa. She was seen in Noorpur Ki Rani as Noorulain Aneez.

Sanam Baloch maintains a healthy lifestyle through her social media, she keeps a daily routine of workout and eating habits. A number of young girls admire her beauty and fitness.